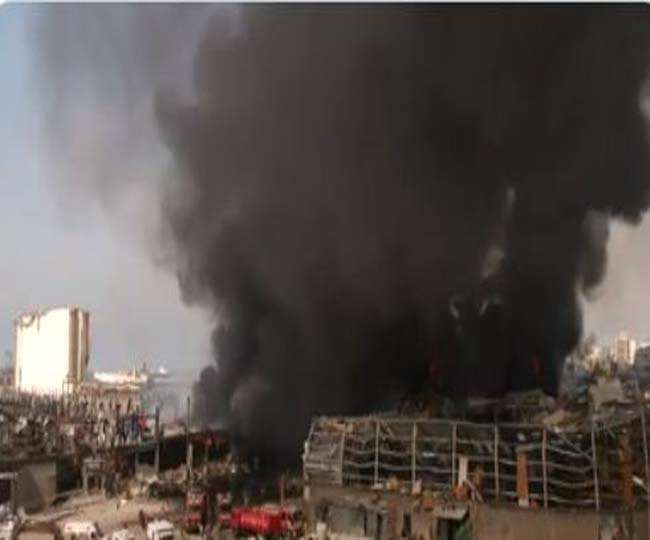 Beirut, Agencies. After the horrific blasts in the Lebanese capital of Beirut last month, there is shocking news coming out from there once again. Now a huge fire has started in a port there. The fire was seen rising suddenly and black smoke has spread all around. Several fire brigade vehicles have reached the spot and efforts are being made to control the fire. After the fire in the port, there was an atmosphere of chaos.

On the incident of the fire, the Lebanese army was told that a fire broke out in a warehouse of engine oil and tires, which has taken a formidable form. Along with this, the Army informed that efforts are being made to control the fire with the help of helicopters.

A horrific explosion took place on August 4 of last month

Let me tell you that in the blast on August 4 in Beirut, 191 people were killed and about six thousand were injured. The threat was so severe that there was a havoc on it. The explosion occurred in the year 2013 at the port of Beirut with 2,750 tonnes of ammonium nitrate from a shipment. The explosion was so intense that its echo was heard 160 kilometers away to Cyprus. Beirut Governor Marvan Abod said that about half the city was damaged by the blast. The city was estimated to have damaged up to $ 15 billion (about one lakh ten thousand crore rupees) due to this massive explosion, while three lakh people had become homeless.