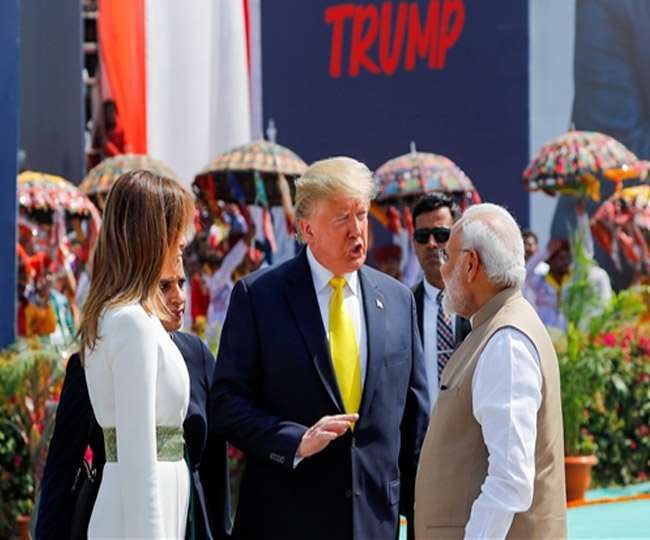 Washington, Pret. America’s First Family i.e. President Donald Trump’s family has expressed their love for India. President Trump said that both his children, along with daughter Ivanka and son Donald Trump Jr., think a lot about Kimberly Guilfoy India. Trump told reporters at the White House, “I know and I understand these young people. I know that they have a very good relationship with India and so do mine.”

The President said, “I appreciate these feelings.” All three think a lot for India and me too. We also miss your Prime Minister Narendra Modi. The Trump family had access to the Indian American community in the 2016 elections. Especially in Virginia, Pennsylvania and Florida where Ivanka and Trump Jr. along with their other sons Eric and Bahu Lara Trump met members of the community and also visited Hindu temples. His daughter Ivanka was the first member from the Trump family to visit India. In 2017, he led the Global Entrepreneurship Summit in India.