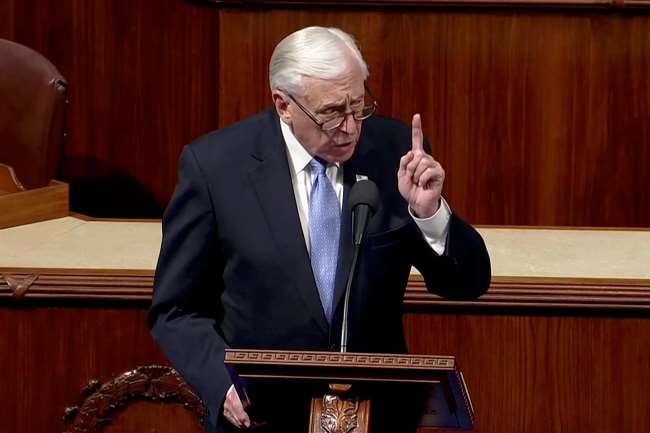 US Election: Postmaster General on backfoot to appear before Congress, will give clarification on change in postal service

Washington, Agency. Postmaster General Lewis Dejoy, the postal service chief of US President Donald Trump, has agreed to appear before Congress. The main opposition Democratic Party in the US was consistently demanding that Dejoy should appear before the committee of Congress and the House of Representatives to explain his position. The committee is investigating changes in the postal service, which is hampering the mail-in ballot process. The opposition has accused Dejoy that he is acting at the behest of President Trump and disrupting the mail-in ballot process in the presidential election. The opposition accused him of this when the post chief questioned the demand of the Democrats and raised his hand for the Male in Ballet process.

Nancy Pelosi called the session of the House again

On the other hand, Speaker of the US House of Representatives Nancy Pelosi said on Sunday that she is calling the session of the House again amid the ongoing crisis over the US Postal Service. Pelosi will vote on stopping the summer vacation period for MPs. The vote will be to prevent changes made by the Trump administration in the Postal Service. New Postmaster General Lewis Dejoy’s move to delay postage, new fees and cut services was criticized across the country. Indeed, there are concerns that the White House, led by Trump, is making efforts to undermine the role of the Postal Service before the election. These steps have been taken when millions of Americans are trying to vote by post in the presidential election to be held in November, given the threat of Corona.

Nancy claims some Republicans join her

On the other hand, Nancy Pelosi, President of the Democratic Party’s majority House of Representatives, said in an interview on Monday that some Republicans are also supporting her proposal. He said that in the presidential election we will vote only through the mail-in ballot. He expressed confidence that this process would be a complete success. Nancy said that we cannot depend on President Trump to vote in the presidential election. Democrats have expressed concern that mail delivery is being intentionally slowed due to overtime cuts in the postal service, restrictions on additional mail transport service and changes in delivery policies. Democrats claim that President Trump is repeatedly and without evidence questioning this system.