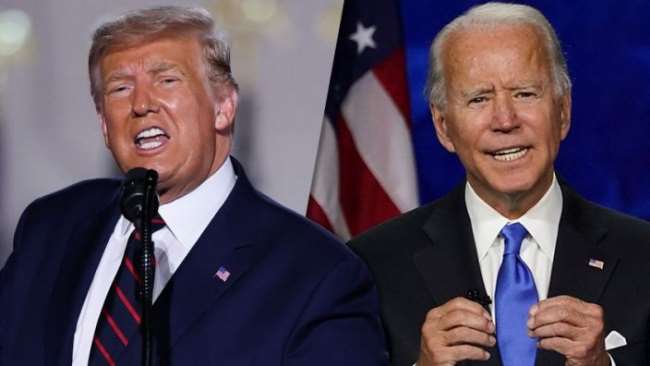 US election 2020:President Trump behind Biden in favouritism rate

Washington, Agency. The Corona virus has also started showing an impact in the US presidential election. A new poll showed that US President Donald Trump’s favorability graph has been flat since the Republican National Convention (RNC) last week. The majority of Americans in this survey viewed Trump’s reaction to dealing with the Corona virus negatively. The way the spread of Corona in America is increasing, it may outweigh Trump in the coming presidential election.

ABC News-Ipsos poll on Sunday revealed that 31 per cent of respondents voted in favour of Trump four days after Republican National Convention. A week before the Democratic National Convention, 32 per cent of respondents had expressed their opinion in his favour. No significant changes were seen in this interval. There has been a change of just one per cent in both these time periods. The president’s foresight among Republicans has also fallen 4 per cent since last week. Meanwhile, Democratic candidate Joe Biden’s favorability exceeded his inability. It was 46 fasid and 40 per cent respectively. Unlike Trump, Biden’s favourite rate has increased since the Democratic National Convention. It has increased by about 7 per cent.

Biden’s graph of Democratic candidate comes down
Meanwhile, according to a Morning Consult survey by The Hill, Democratic candidate Biden continues to lead. However, the relief for Republicans is that Biden’s margin of growth has decreased since the Republican National Convention. According to a Morning Consult survey by The Hill, Biden’s support for Trump was 50 per cent, compared to 44 per cent. 7 per cent of people did not participate. The current margin is lower than the 52–42 Biden received in the Aug. 23 poll, a day before the Republican Convention kicked out. The survey polled 4,035 potential voters on Friday and had an error margin of 2 per cent.

Trump engaged in postponing the question of coronavirus