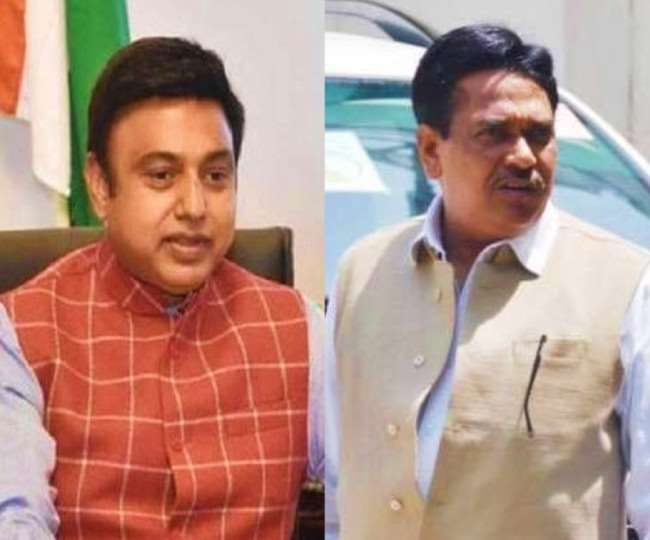 Lucknow, JNN. The nomination papers of both Bharatiya Janata Party (BJP) nominees Zafar Islam and Govind Narayan Shukla have been found correct in the Rajya Sabha by-election in Uttar Pradesh on the seat vacated by the death of Samajwadi Party (SP) Rajya Sabha member Amar Singh. Election Officer and Special Secretary Braj Bhushan Dubey said that the nomination has been cancelled due to non-fulfilment of the proposer and other formalities of the nominee Mahesh Kumar. The withdrawal of nominations will take place on September 4. Votes will be cast on September 11 when the voting situation comes.

Let me tell you that the screw seems to be confused with the second nomination by the Bharatiya Janata Party in the Rajya Sabha by-election. On the last day of filing the nomination on Tuesday, the letter of State General Secretary Govind Narayan Shukla was submitted by the BJP. On Tuesday, BJP’s second candidate Govind Narayan Shukla submitted two sets of nomination papers. Several BJP leaders including JPS Rathore were present on the occasion. Earlier, nomination to BJP candidate Syed Zafar Islam has been submitted by Parliamentary Affairs Minister Suresh Khanna in the presence of state president Swatantra Dev Singh. Zafar Islam, being Corona positive, could not appear for his nomination.

There is a lot of discussion in the political corridors about the nomination of Govind Narayan Shukla by BJP. Putting an end to the speculation about changing the candidate, state president Swatantra Dev Singh said that the second nomination has been done only for formality. On the other hand, sources say that a nomination was given due to the health of Zafar Islam, while the discussion is that this decision has been taken due to pressure from the Brahmin lobby in the party. However, on September 4, the picture will be clear at the time of his withdrawal. It is certain that now the application of either of the two candidates will be returned.