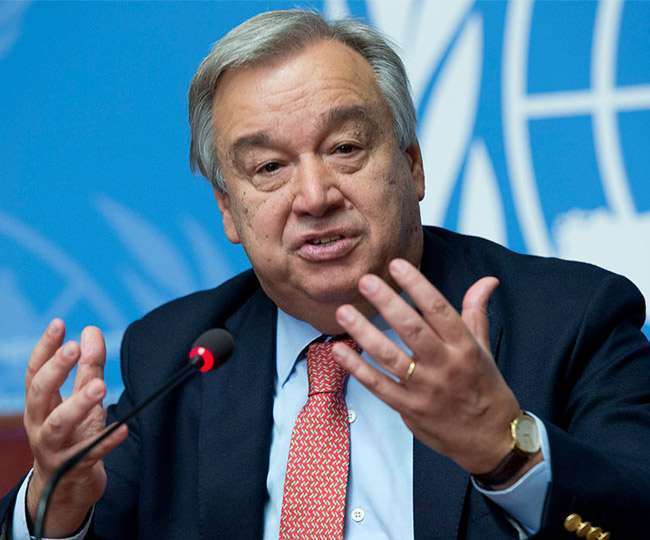 United Nations will not support ban on Iran again, US alone

United Nations, Ep. The UN will not be able to help with the re-ban of Iran until it is cleared by the Security Council. General Secretary Antonio Guterres said in a letter to the Security Council that there is no clarity on whether US Secretary of State Mike Ponpio has used ‘snapbacks’ in the Security Council resolution. The Trump administration announced on Saturday that all sanctions against Iran had been restored. This step has been rejected by most of the countries of the world.

This announcement by the US may cause controversy in the United Nations annual high-level meeting starting on Monday. Due to Corona, this meeting is being held online this year. The announcement was made about 30 days after the US informed of Ponpio’s use of council ‘snapbacks’. The ‘snapback’ means that the relaxed or lifted restrictions given under the nuclear agreement can be re-imposed by member states of the United Nations.

During the 75th session of the United Nations, the United States announced a revival of UN sanctions on Iran. However, this step has been rejected by most of the countries of the world. China and Russia are against it, allies Britain, France and Germany have also stood in protest. Irani Hasan Ruhani has said that in this case, the US will eat the mouth.

US Secretary of State Mike Ponpio said the world would be safer with this decision by the US. The White House may issue an executive order on Monday. This will show how the sanctions will be restored and how violators will be dealt with. Ponpio has urged all member states of the United Nations to abide by it. Earlier, in the context of Iran, the US said that it would not allow any country promoting terrorism to buy or sell any conventional weapons.