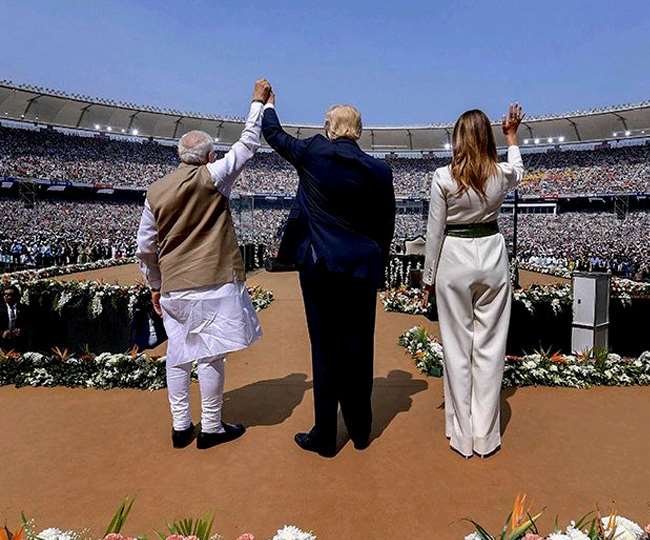 Trump told PM Modi the great leader, said, the friendship between the two countries will be deeper

Along with his tweet, Trump has also posted a picture of himself and America’s first lady Melania Trump with Prime Minister Modi at the ‘Namaste Trump’ event.

Significantly, in February this year, the two leaders held each other to greet the crowd in front of a crowd of millions gathered to welcome the US President on his maiden visit to India at Motera Stadium in Ahmedabad. In the context of this event, Prime Minister Modi said that a ‘new history’ is being created.

Meanwhile, in response to Trump’s congratulatory message, PM Modi tweeted and thanked him on Friday. Modi wrote, ‘Thank you for your best wishes, American President. The friendship between the two countries will be deeper in the coming years and it is good for the whole of humanity.