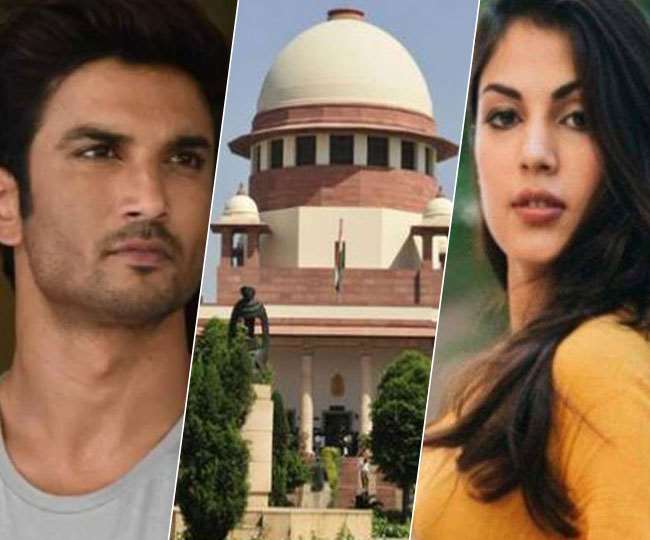 New Delhi, Mala Dixit. Riya Chakraborty has received a major setback in the Sushant Singh Rajput case. The Supreme Court has handed over the investigation to the CBI. The court has ordered the Maharashtra government to cooperate with the CBI and provide all relevant documents. The Supreme Court clearly stated that if any further FIR is registered in this case, CBI will look into it as well. The court also said that Bihar has the right to register an FIR. The Maharashtra government can challenge this decision of the Supreme Court.

As soon as the Supreme Court verdict arrived, Sushant’s sister Shweta Singh Kirti tweeted that the first step towards victory and a fair investigation. At the same time, Sushant’s former girlfriend Ankita Lokhande tweeted that truth has won. Kangana Ranaut termed it a victory of humanity when the case was handed over to the CBI.

What did the Sushant family lawyer say?

Advocate for Sushant Singh’s family, Vikas Singh, said it was a victory for Sushant Singh Rajput’s family. The Supreme Court ruled on all points in our favour. The court also clarified that the FIR lodged in Patna was correct. Now CBI will start its investigation and Sushant’s family will be able to know the truth of his death.

What did Riya’s lawyer say on the verdict?

Riya Chakraborty’s lawyer Satish Maneshinde said that the Supreme Court after examining the facts and circumstances of the case and looking at the Mumbai Police report found that it would be the desired justice as Riya herself asked for a CBI inquiry. Riya will appear in the CBI investigation and face him as he had earlier done in the Mumbai Police and Enforcement Directorate (ED) investigation.

Mumbai police will investigate the order

On the CBI investigation of the Sushant case, Sanjay Raut has said that Maharashtra is a state where law and order have always been at the top, it is a state of law where truth and justice always prevail. Police, the judicial system and governance have always seen that no matter how big or small a person is, there is no one above the law. It is not right for me to talk about the legal action in the government, who are knowledgeable about the law or the Commissioner of Mumbai Police or Advocate General can speak on the decision of the Supreme Court.

On ordering the CBI to investigate the Sushant case, Bihar DGP Gupteshwar Pandey said, “I am very happy this is a victory of justice against injustice.” The Supreme Court proved that the stand we took was correct. Some people were restless and might have been snapping that their pole might not open. He said that the result would come, will definitely come because it is not just a fight of one man, not a family fight, no personal fight of Gupteshwar Pandey, it is a fight for the justice of 130 crore people of India.

On Tuesday, Riya made sensational allegations on Sushant’s family. Riya said that in April 2019 she went to a party with Sushant’s sister Priyanka. There, Priyanka drunk alcohol and raped the people who came to the party. Riya brought him to Sushant’s house. After returning home, Sushant and Priyanka started drinking alcohol and Riya went to sleep. While sleeping in Sushant’s room, he suddenly realizes that Priyanka is with him and she is touching him the wrong way. Riya was shocked to see this and came out of the room.

Supreme court asked for answers from all the parties