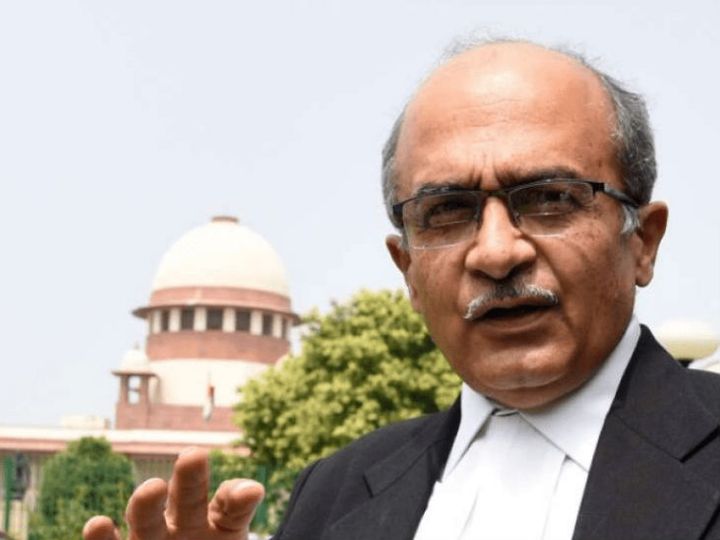 Signature campaign for Prashant Bhushan: Recommendation of more than 3000 judges and lawyers – punishment to Prashant Bhushan should not be implemented before review of big bench

Several judges and lawyers have come forward in support of Prashant Bhushan, a senior advocate convicted of contempt of court. It is being claimed in media reports that their number is more than 3000. He has suggested that the court’s decision should not be implemented until a large bench review it in the regular court hearings that begin after the Corona epidemic.

The judges and lawyers supporting Prashant said in their suggestion, “We hope that the Supreme Court will hear all the voices raised in the last 72 hours and take corrective steps to prevent justice from being overturned so that the general public I can again build respect and trust for the court. “

Claims to support more than 3000 judges and lawyers

The signature campaign is being done in favour of Prashant Bhushan. Media reports claimed that more than 3000 lawyers, including 13 judges of the Supreme Court and the High Court, have been signed on the application related to it. However, the news agency PTI has given their number 41.

In support of  lawyer Prashant

Was convicted on 14 August
Prashant Bhushan was convicted of criminal contempt on August 14 by a 3-judge bench headed by Justice Arun Mishra. He had 2 derogatory tweets on the judiciary. Now the sentence is to be debated in the case on 20 August. He can be sentenced to 6 months imprisonment or a fine of 2000 rupees or both.

First tweet: June 27- When historians look at the past 6 years of India, we find how democracy was abolished in the country without an emergency. In this, they (historians) will question the role of the Supreme Court, especially 4 former CJIs.
Second tweet: June 29- In this, senior counsel shared a photo of Chief Justice SA Bobde with Harley Davidson bike. Criticizing CJI Bobde, he wrote that he had ordered the courts to be closed during the Corona era.

Bhushan was also given a notice of contempt earlier

Prashant Bhushan was also given a contempt notice by the Supreme Court in November 2009. She then commented on some Supreme Court judges in an interview to a magazine.