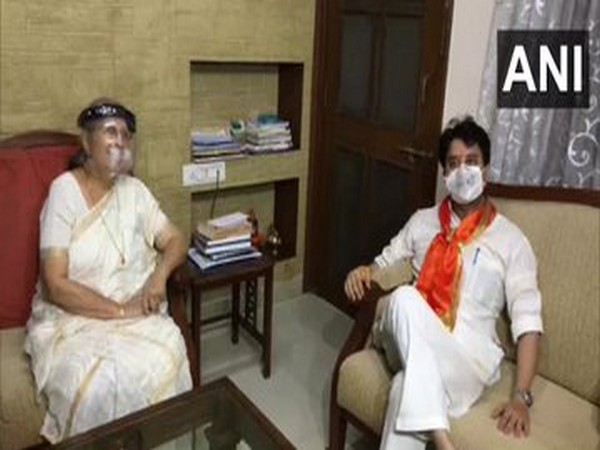 Indore, ANI. After joining BJP, Rajya Sabha MP Jyotiraditya Scindia visited Indore for the first time. He also visited the house of senior BJP leader Kailash Vijayvargiya and former Lok Sabha Speaker Sumitra Mahajan. Apart from this, a meeting of workers was also held at the BJP office in Indore.

Jyotiraditya Scindia’s statement about Bhoomi Pujan of Ram temple has also come. Kamal Nath and Shashi Tharoor have made different claims when the temple was opened. Scindia said on the Ram temple issue that you ask the Congress a question, on the other hand, former CM Kamal Nath is saying that former Prime Minister of Ram temple Rajiv Gandhi opened the locks. On the other hand, Congress leader Shashi Tharoor is saying that the lock was not opened by Rajiv Gandhi. Congress itself is getting entangled. Congressmen themselves do not know what their leaders did or did not do. At this, Scindia targeted and said that the Congress itself does not know what their leaders did.

During the discussion with the media, he talked about taking the corruption of the tenure of the Congress 15-month government to the public. Rajya Sabha MP Jyotiraditya Scindia came to Indore for the first time after joining the BJP.