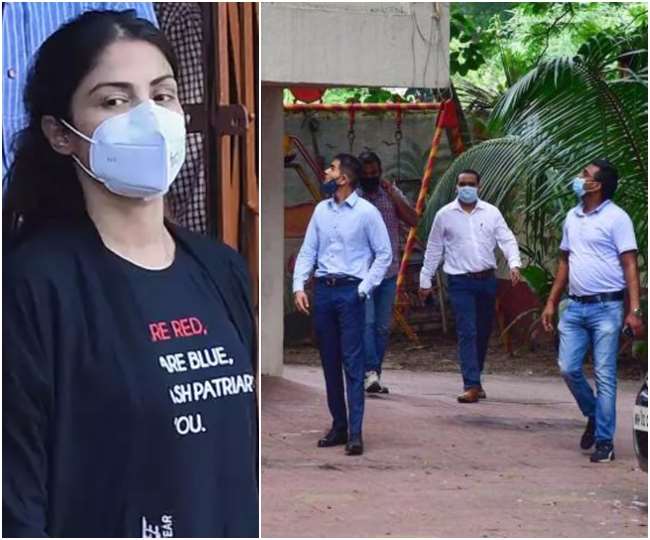 New Delhi The Narcotics Control Bureau (NCB) investigating the drug angle in the Sushant case is in full action. Rapid raids are being conducted at the locations of drug peddlers. Under this, NCB arrested one of the accused in the drug case Karamjit Singh from Andheri West area of ​​Mumbai. Earlier, NCB busted an international drug racket in Mumbai and Goa. During this time, seven people of drugs were also arrested in large numbers. The NCB has seized about 4.5 kg of heroin, 445 grams of cocaine and 1.1 kg of marijuana, which were sent to India through six parcels. On the other hand, Riya has named about 15 Bollywood celebrities in front of NCB who use drugs. All these people are now on the target of NCB.

On Friday, the special court dismissed the bail applications of actress Riya Chakravati, her brother Shouvik and four other accused arrested in the drugs case involving the death of actor Sushant Singh Rajput. All of them have been arrested by the Narcotics Control Bureau (NCB) under the NDPS Act. Currently all these accused are in judicial custody. According to NCB, Riya was part of the drugs syndicate along with her brother Shouvik and Sushant’s former house manager Samuel Miranda and his former staff Deepesh Sawant.

At the same time, Riya has claimed in her bail application that she has been falsely implicated in this case. She has also retracted the Qubulnama recorded by the NCB during her interrogation for three days. He has claimed that NCB officials forced him to give a statement of his own guilt. On the other hand, NCB had contended with the bail applications that Riya continued to buy drugs despite being aware that Rajput used to take drugs.

The NCB also said that even though the quantity of drugs recovered was small, it was a commercial quantity of Rs 1,85,200. The NCB, in a counter affidavit on the bail pleas, said that Riya and Shauvik Chakraborty arranged for drugs for Sushant Rajput and paid for his money.