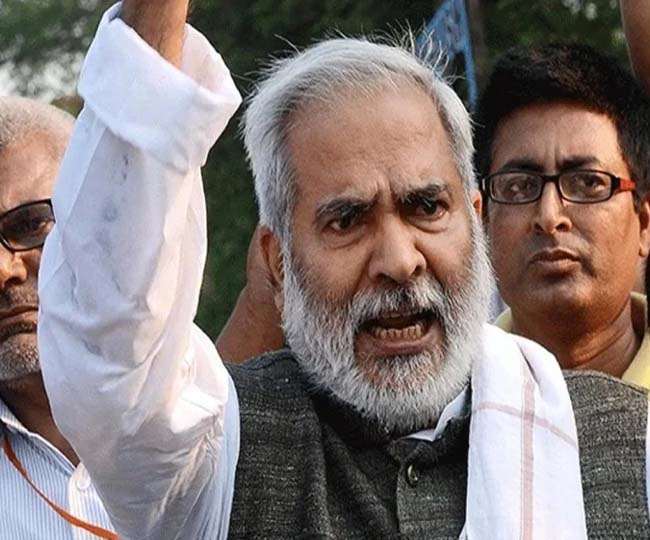 Ashutosh Jha, New Delhi. Raghuvansh Babu, a veteran former RJD leader (not a politician) of Khanty’s indigenous nature, language, character and behavior, always wanted this, to be free from bondage. For a long time he was active in state and central politics. He was also a minister many times but he always liked being an ordinary MP. When asked, I used to say – ‘I am bound as a minister, I cannot say what I want to say, I cannot ask questions, I can just sing in the raga of the government. Sometimes there is a lot of discomfort. ‘ He was also freed from the party before he got rid of life.

Raghuvansh Prasad Singh, who represented the country’s first republic of Vaishali parliamentary constituency, cannot be called a politician because he never did politics. Sometimes from the heart, sometimes with devotion, sometimes following the line of his party, the Rashtriya Janata Dal. This is the reason why he never left the Rashtriya Janata Dal, despite the suffocation and the temptation many times. Not even when he saw in the party after familyism even such species which have been characterized by sycophancy. But he belonged to different soil.

When he was made Minister of State for Food Supply at the Center in the United Alliance Government, a Joint Secretary of the Department came to meet him and fearfully told that while being the District Magistrate in Bihar, he had spent hours outside the protesting Raghuvansh. Raghuvansh advised him – From now on, it must be kept in mind that the voices of those who raise voices must be heard.

Expressed disagreements inside the party

Like a disciplined worker, he also disagreed many times inside his party. Lalu Prasad Yadav understood them and that is why if Lalu had already made a decision that Raghuvansh did not agree, he would not have even discussed with Raghuvansh. Raghuvansh does not raise any questions again. Lalu and Raghuvansh had an invisible understanding, both recognizing each other, who could first tell who is thinking what.

This is the reason why Raghuvansh never broke ties with the RJD despite the lakh prick. Raghuvansh used to say to his near ones in response to many such questions- ‘I cannot live with stigma that I left the party due to some temptation. I will leave only if the party pushes me. ‘ This is what happened. In the absence of Lalu Prasad, RJD brought him so much edge that he left his life and got rid of the party.

Lack of Raghuvansh will hurt the country

The lack of Raghuvansh who understands the village in the true sense will surely hurt the country. Raghuvansh, who landed MNREGA as the Rural Development Minister, has also mentioned MNREGA in his last letter. In the year 2004-05, while the preparations for its implementation were going on, even within the Manmohan Singh cabinet, he fought for the poor in the true sense and ensured that fair wages were received. His combative and simple personality was so well-liked by Congress President Sonia Gandhi that despite the Congress and RJD having different paths, Sonia seemed to care that Raghuvansh should win from Vaishali.

While campaigning near Kanti Vidhan Sabha in the scorching heat of 2019, when I asked Raghuvansh – will he win this time? Raghuvansh, who tied the head over his head to protect himself from the heat, said with a smile like children – Shatrughan Sinha is also coming to the campaign, there is enthusiasm in public as well, rest see. This ingenuity of Vaishali’s popular Raghuvansh Babu, who has been winning at possibly the least expense inexpensive politics, will always be remembered in politics.