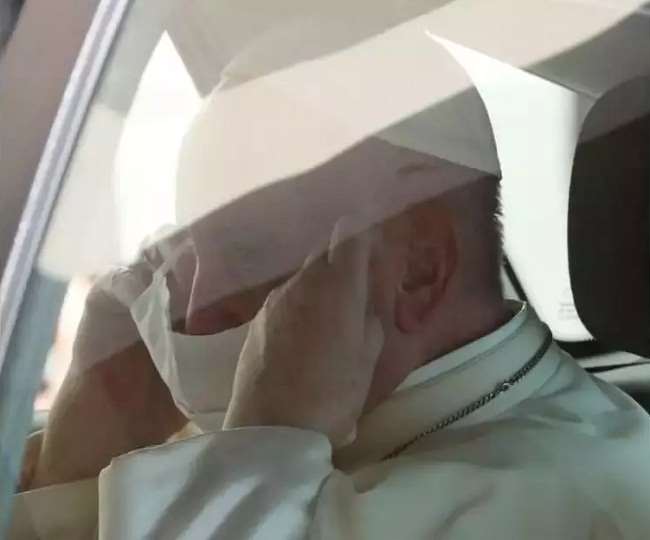 Pope Francis, publicly seen wearing a mask for the first time, wished for the good health of the people

Vatican City, AP. In the midst of a worldwide corona virus infection, all people are taking precautions. With this, Pope Francis wore a face mask on Wednesday and used a hand sanitizer. Because, they started their weekly work after about three months. In such a situation, he did this to be alert keeping in mind the health of his loyal people and others. For the first time, he has been seen using face masks in public.

When Francis got out of his car in the San Damaso courtyard inside the Apostolic Palace, he was wearing a mask. Last week, he resumed his weekly public audience after the nearly six-month corona virus (COVID-19) lockdown.

As chairs were placed in the church courtyard, a limited crowd passed Francis along the barriers and some called for their masks. The 83-year-old Pope, who lost a part of his life due to lung disease in his youth. He likes to get into the crowd, but he tries to keep distance from people due to Corona. He also urged the crowd to sit on their seats.

This is the first time Pope has been seen in public wearing a mask and using a hand sanitizer. He said that during his remarks, Francis stated that “partisan interests” are emerging in which some nations and groups are seeking to have vaccines to advance their own or their own political or economic interests. The Pope further said in his address that a healthy society is one that takes care of the health of all.