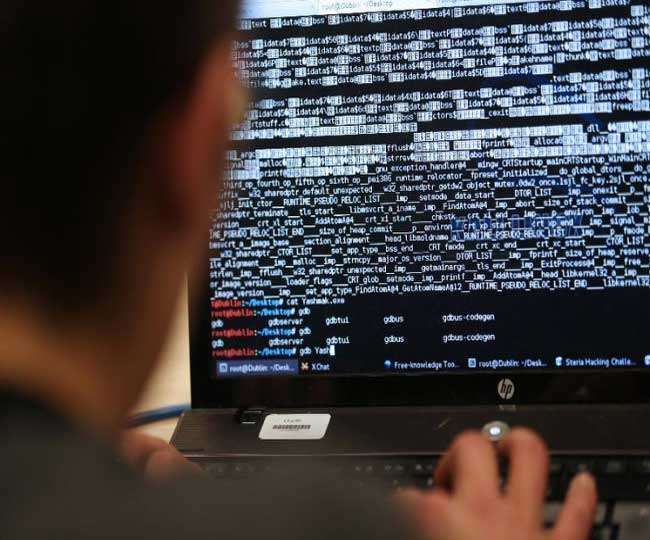 New Delhi, New York Times News Service. The Israeli defence industry has accused an organization linked to North Korea of ​​cyber attacks on its defence industry. On behalf of Israel, it has been said that they have currently thwarted this North Korean attack. The Ministry of Defense said that the attack was foiled in time, causing no damage to the computer system.

Prior to this, hackers of North Korea have done cyberattacks on many more countries in this way. This group from North Korea is known as the Lazarus Group. American and Israeli officials have said that the Lazarus group, also known as the Hidden Cobra, is supported by Pyongyang. Only this group can attack like this.

US federal prosecutors (prosecutors) revealed North Korean members of the Lazarus group in a 2018 criminal complaint stating that the group works on behalf of the North Korean military intelligence unit Lab 110. The complaint accused the group of playing a part in North Korea’s disastrous 2017 ransomware attack, known as “WannaCry”. It hacked 300,000 computers in 150 countries and paralyzed it.

The 2016 cyber-theft of $ 81 million from Bangladesh Bank, Sony Pictures Entertainment’s 2014 cyber-attack also involved the case of demolishing it. More than two-thirds of the studio’s computer servers lost data in that attack. North Korea has a separate army of over 6,000 hackers. According to American and British officials who monitored the group, over time this hacking group has also advanced itself.

In a report in April last year, state departments, Homeland Security and Treasury and FBI officials accused North Korea of ​​using digital means to evade sanctions and generate income for its nuclear weapons program. The report also accuses North Korea of ​​hacking its hackers into other cybercriminals and countries known as “hiring.” An Israeli security official said there was concern that the stolen data would be used not only by North Korea but Iran.

Israel has been fighting in an escalating cyber conflict with Iran in recent months. Israel said it had foiled a cyber attack on its water infrastructure in April, with officials saying it was aimed at raising chlorine to dangerous levels because of the fear of the Coronavirus most people in those days Was present at his house, at that time this attack was carried out.

The North Korean attack on Israel’s defence industry began in June with a LinkedIn message. North Korean hackers posing as Boeing headhunters sent a message to a senior engineer at an Israeli government-owned company that manufactures weapons for the Israeli military and intelligence.

The hackers created a fake LinkedIn profile for the headhunter, Dana Lope. Böping was one of several headhunters from major defence and aerospace companies – including Boeing, McDonnell Douglas and BAE Systems – who were hacked by North Korean hackers on LinkedIn.

Hackers in North Korea have now adopted a different method of hacking. For this, they started using LinkedIn and WhatsApp in mid-2019. In August, a United Nations report said that North Korean hackers used similar methods to monitor the organization’s members and member states.

ClearSky’s chief executive and owner, Boaz Dolev, said that in the wake of these reports the company began to see attempts to attack Israeli defence companies. It quickly found Lazarus’ fake LinkedIn profiles and messages to employees of Israeli defence companies. Clearsky researchers found that in at least two cases, hackers in North Korea tried hacking into the Israeli network. The device used is known as the Remote Access Trojan.