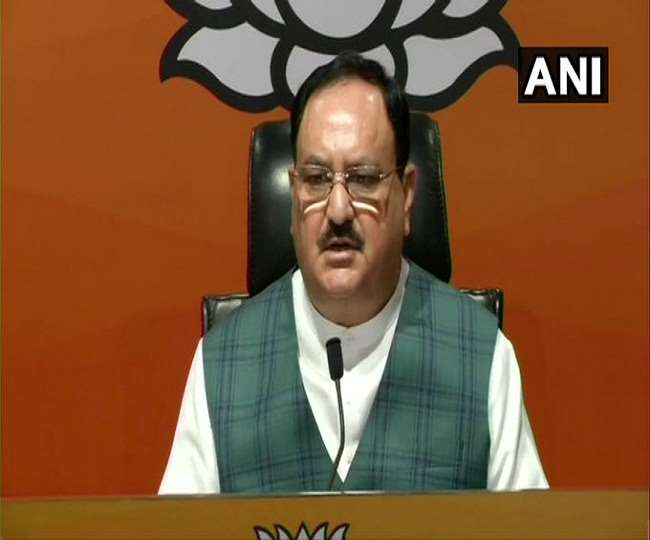 New Delhi, ANI. BJP President JP Nadda said during a press conference that the Modi government has brought three bills in Parliament to help the farmers. Nadda said that farmers will be helped in selling the produce. He said that the opposition party Congress Party is opposing all these bills. He attacked the Congress and said that the opposition party Congress is opposing these bills. At the same time, the Congress is also misleading the farmers.

BJP President JP Nadda said that three bills have been brought in the Parliament keeping in mind the farmers. He further said that of these, the Essential Commodities Act (Amendment) Bill 2020 has been passed after discussion in Lok Sabha. Along with this, the Farmers Product Trade and Business Act, Farmers (Empowerment and Protection) and Price Assurance Agreement Bill on agricultural services have also been passed. All three bills are revolutionary. These three bills which are being discussed in the Lok Sabha and the Rajya Sabha. All these three bills are far-sighted.