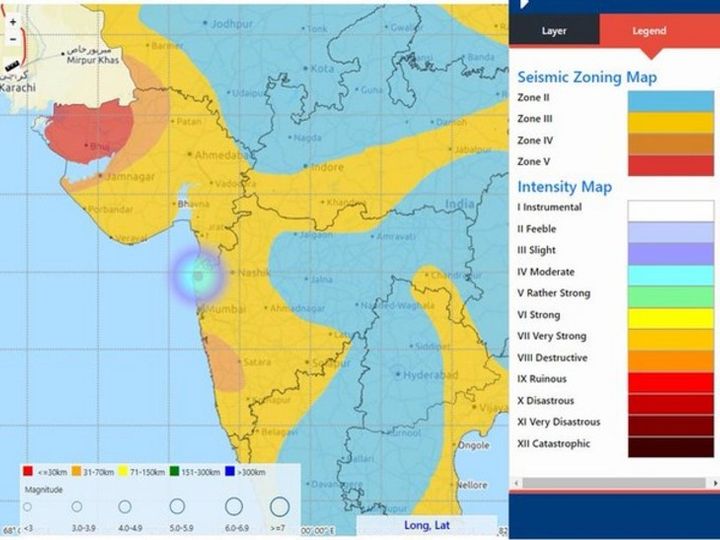 Maharashtra: 3 times earthquake in Mumbai and Nashik within 7 hours, no loss of life or property

Earthquake tremors were felt in Mumbai around 6.36 am on Saturday morning. Its intensity was measured at 2.7 on the Richter scale. No loss of life or property is reported yet. Many people came out of their homes after the earth trembled in Mumbai.

Earthquake in Nashik twice within half an hour
Earlier, the first tremor was felt in Nashik, Maharashtra at 11.41 pm on Friday. Its intensity was rated 4 on the Richter scale. Shortly thereafter, on September 5, a magnitude-3.6 earthquake occurred at 12.05 at night. Information of any kind of loss has not been revealed here.

Earthquake tremors have been coming to Palghar for many months
Mild tremors have been felt in Palghar, Maharashtra for the past several months, with the intensity measured between 2 and 3.5. However, no casualties or damage were reported even in that earthquake.

Danger in many places in the Indian subcontinent

India is divided into Zone-2, Zone-3, Zone-4 and Zone-5 on the basis of the earthquake zone. Zone-2 is considered to be the least hazardous and Zone-5 is considered to be the highest risk zone. Zone-5 consists of Kashmir, Western and Central Himalayas, North and Central Bihar, North-East Indian region, Rann of Kutch and Andaman and the Nicobar Islands.

Central India falls in the low-risk zone-3. Whereas, most of the south falls in Zone 2 with limited danger. At the same time, Zone-4 includes Jammu and Kashmir, Ladakh, Himachal Pradesh, Uttarakhand, Sikkim, North Bengal, Delhi, Maharashtra.

How the earthquake’s intensity is estimated

The intensity of the earthquake is gauged by the waves of energy emanating from its centre (epicentre). This wave, which spans hundreds of kilometres, vibrates. There are cracks in the earth. If the depth of the earth is shallow, the energy exiting from it is very close to the surface, causing great destruction.