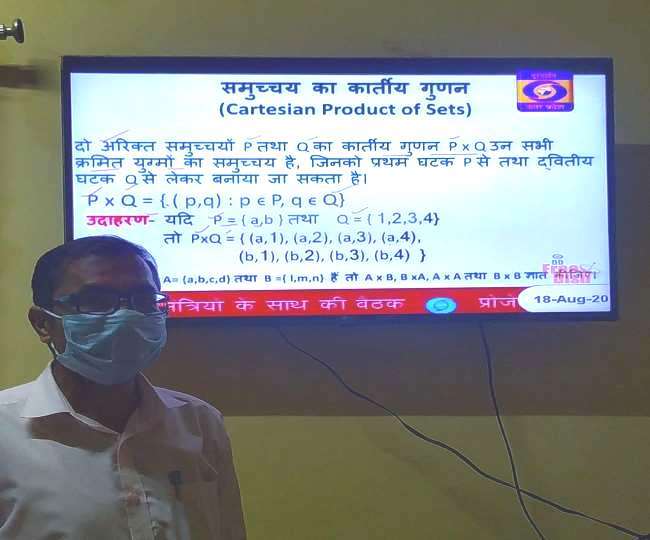 Madhya Pradesh: Online class of classes 9 to 12 cancelled, the first telecast on Doordarshan from 7 to 10 am today

Madhya Pradesh: The Madhya Pradesh Board of Secondary Education (MPBSE) today announced the commencement of the academic session of classes 9 to 12 in online mode from today ie 7 September 2020. The classes were to be broadcast through Doordarshan in online mode. But, it has been canceled. According to media reports, the secretary of the board has issued an order canceling the broadcast of audio-visual class. The information about the transmission of online classes was given by the chairman of the board, Radheshyam Julania. The first telecast of the online class on Doordarshan was to begin at 7 am today and end at 10 pm.

The board was planning to broadcast audio-visual class on Doordarshan from 7 am to 10 am. As per the official notice of the board, all students and teachers were also asked to register for online classes through the ‘MASHIM’ mobile app. Explain that the Board President had informed the media on the evening of September 6, 2020 that online teaching for class 9 to class 12 is being started from tomorrow.

Explain that the kiosk center has been made functional for the students. If they do not have mobile or cellphone available to register themselves, they can use the kiosk center or school cellphone. At the same time, if a student is unable to access an assignment, the principal will be responsible for providing it.

According to a recent National Sample Survey, only 9.7 percent of rural and 55.4 percent of urban households in Madhya Pradesh have an internet connection in view of domestic social consumption on education in India. According to sources, the state government was opposing the board’s decision to introduce unilateral online classes from Monday. However, Chairman of the board Radheshyam Julania said that the order has been issued only after the approval of the Minister of School Education.