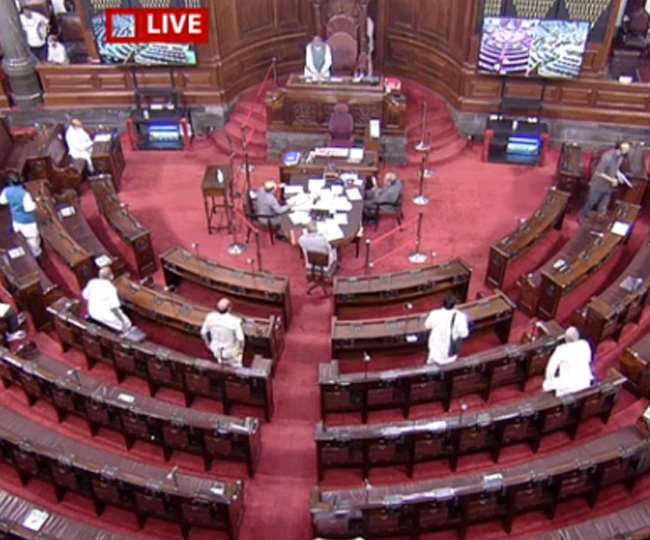 New Delhi Today is the fifth day of the monsoon session of Parliament. In view of the danger of corona infection, several changes have been made in Parliament this time. The bill related to the cut in the salary of MPs has been passed by both houses. On Thursday, the Modi government was successful in getting the agriculture bills passed by the Lok Sabha. However, Shiromani Akali Dal MP Harsimrat Kaur has resigned from the Union Cabinet in protest against this. At the same time, Agriculture Minister Narendra Singh Tomar assured the farmers that this bill is for their benefit.

The Rajya Sabha has passed the Homeopathy Central Council (Amendment) Bill, 2020. On this, DMK MP T Siva said that this is another effort of this government to strike at the roots of federalism. From the day he took office, most of the Bills have taken away the powers of the state government.

On the Homeopathy Central Council (Amendment) Bill and the Indian Medical Central Council (Amendment) Bill, DMK MP T Shiva said in the Rajya Sabha that the Standing Committee has stated very clearly that there is no representation of State Medical Councils in the Advisory Council. Therefore, it is recommended that there should be a provision for the representation of elected members of the State Medical Council.

The Rajya Sabha has been adjourned till 9:30 am after paying tribute to Ashok Gasti, the newly elected BJP member of the Rajya Sabha. Ashok Gasti died of a corona infection. He was admitted to Manipal Hospital on Old Airport Road on 2 September after being found positive in Kovid-19 investigation. Gasti, 55, was sworn in as a Rajya Sabha member on 22 July this year.

Shiv Sena MP Sanjay Raut gave a zero-hour notice in the Rajya Sabha on the farmers’ agitation over the ban on onion exports.

Describing the passage of agrarian reforms bills in the Lok Sabha, PM Modi said that today is an important moment for the farmers and agriculture sector of the country. These bills will truly free the farmers from middlemen and all obstacles. He said that a lot of power is engaged in confusing the farmers. I assure my farmer brothers and sisters that the system of MSP and government procurement will remain. These bills are really going to empower the farmers by giving them many more options.