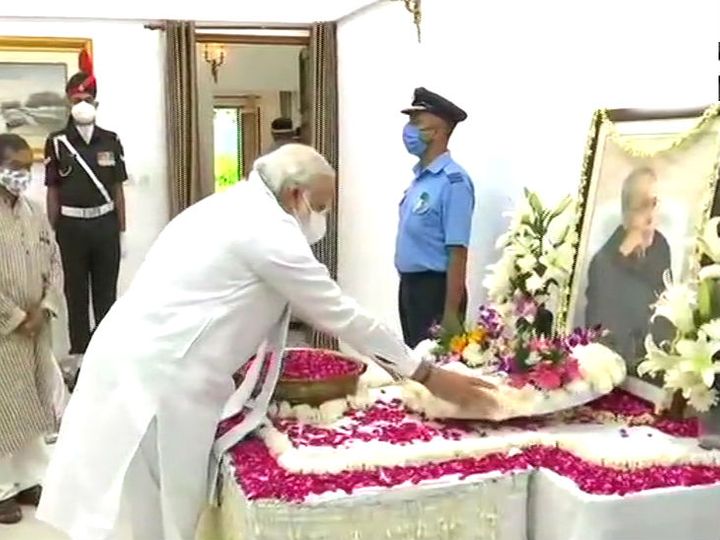 Former President Pranab Mukherjee (84) died in the hospital on Monday. His last rites will be performed at around 2 pm today at the crematorium ghat on Lodhi Road, New Delhi. Pranab’s body is kept at his 10 Rajaji Marg residence for his last darshan. Several leaders, including Prime Minister Narendra Modi, Defense Minister Rajnath Singh, CDS Bipin Rawat and the heads of the three armies paid tributes to the former President. The funeral will be performed with Corona Protocol. 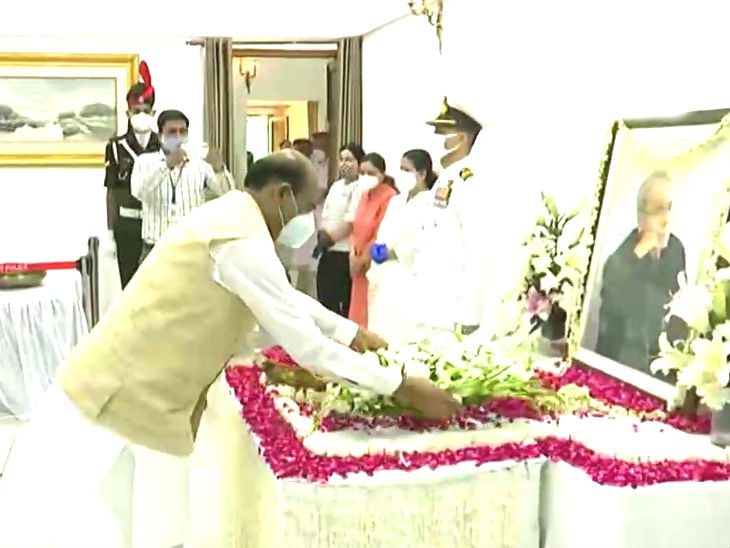 Pranab died on Monday evening. From August 10, he was admitted to the Army Research and Referral (R&R) Hospital in Delhi. Emergency was performed on the same day to remove clotting from the brain. Since then, his condition remained critical. They were placed on ventilators. He was also infected with Corona. A 7-day national mourning has been declared on Pranab’s death.

President Kovind, PM Modi expressed grief
President Ram Nath Kovind and Prime Minister Narendra Modi have mourned the death of Pranab Mukherjee. Modi wrote- “India mourns the passing away of Bharat Ratna Shri Pranab Mukherjee. He has left an indelible mark on the development path of our nation. He was a scholar. He was liked by every section of the society. In 2014 I Arrived in Delhi. From the very first day, I received the guidance, support and blessings of Mr Pranab Mukherjee. I will always cherish my conversation with him. I have my condolences to his family, friends, fans and his supporters across India. Om Shanti. “

He was  a clerk, also taught in college
Pranab was born on 11 December 1935 in Mirati village of the British era Bengal Presidency (now West Bengal). He did his MA in Political Science and History from the University of Calcutta. He was also a clerk in the Deputy Account General (Post and Telegraph). In 1963, he was also a lecturer in Political Science at Vidyanagar College, Kolkata.

Political journey started in 1969
Pranab’s political career began in 1969. He successfully handled VK Krishna Menon’s campaign in the Midnapore by-election. Indira Gandhi, who was then Prime Minister, saw her talent and included her in the party. Pranab was elected to the Rajya Sabha only in 1969. He was subsequently elected to the Rajya Sabha in 1975, 1981, 1993 and 1999.