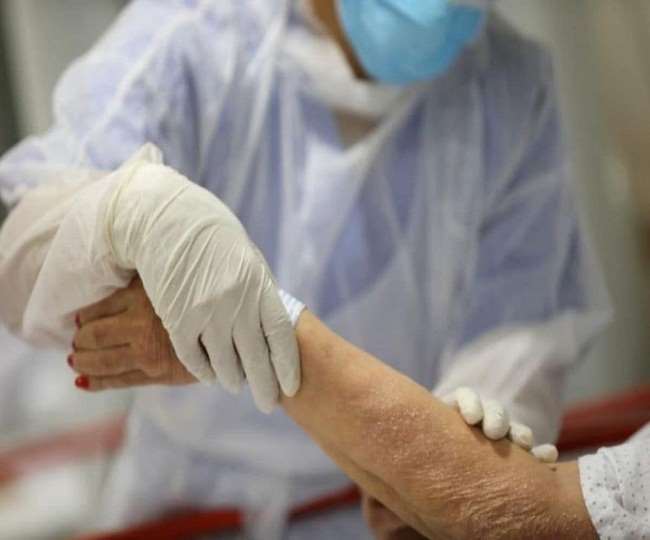 Koppal, PTI. The number of corona virus infections in the country is increasing day by day. However, the number of people recovering from corona in the country at the moment is infected with the corona virus. A 105-year-old woman in Karnataka’s Koppal district, after being treated for a viral infection at her home, has fully recovered. The woman is the residence of Kamalamma Lingnagouda Hirgoudar from Katarki village in Koppal taluk.

According to official sources, the elderly woman had a fever, after which she had to undergo tests and the result came back positive last week. Since Shatabdi had no other health problems, she refused to go to the hospital and underwent domestic isolation at his son’s home. After treatment at home under the supervision of grandson, Srinivas Hayati, who is a doctor by profession, Kamalamma has recovered and her test report has now come back negative.

Speaking to reporters, Kamalamma’s grandson said that he felt it was challenging given her age, but when she had no other health issues, she was under normal treatment and his grandmother was now under his care. Inspiration for those who fear COVID-19. Although the older woman was hesitant to take food, she was given oatmeal and water, and the medicines given to her were limited. As of yesterday evening, Koppal had reported a total of 8,802 COVID-19 cases, including 186 deaths and 6,870 discharges. As of the evening of 12 September, 4.49 lakh positive cases have been confirmed in Karnataka cumulatively, including 7,161 deaths and 3.44 lakh discharges.