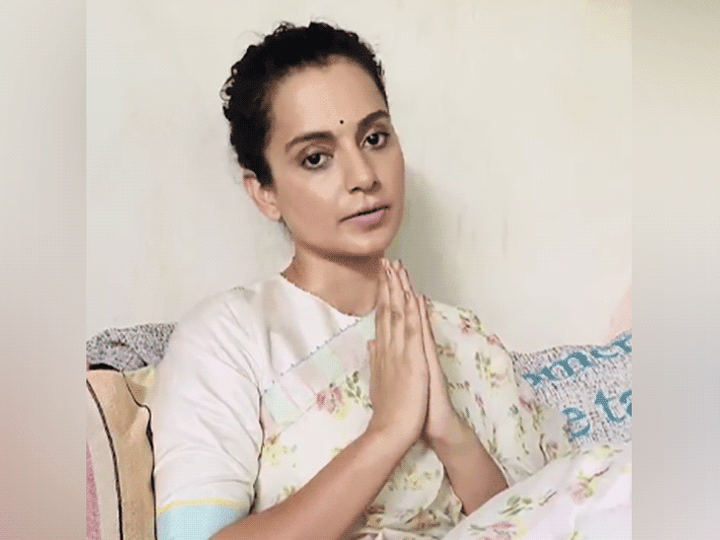 Kangana vs Shiv Sena : Kangana reached home amid slogans at the airport, said- Uddhav Thackeray! Today my house is broken, tomorrow your pride will break, this is the wheel of time, remember

Actress Kangana Ranaut reached Mumbai on Wednesday afternoon at 2:45 pm amid the controversy over calling Mumbai a ‘PoK’. During this, there was a huge commotion at the airport. His supporters and opponents came face to face. They were taken out of the second gate instead of the VIP gate. She reached her home in Khar directly from the airport. Currently, more than 50 policemen have been deployed outside the actress to protect her.

On reaching home, he challenged Maharashtra Chief Minister Uddhav Thackeray. Said, ‘Today my house is broken, tomorrow your pride will break, Jai Maharashtra. Uddhav Thackeray! What do you think, you have taken big revenge by breaking my house with the film Mafia. You have done a great favour. I knew what would happen to Kashmiri Pandits. Today I have realized this. Today I make a promise to you that I will make a film not only on Ayodhya but also on Kashmir. I will wake up the people of my country. Thackeray, the cruelty and terror that has happened to me has some significance. Jai Hind. Jai Bharat.’

There was a huge commotion at the airport
Earlier, Shiv Sena workers at the airport shouted slogans against Kangana. Meanwhile, the Republican Party of India and the Karni Sena came out in his support. Supporters of these parties were present at the airport. 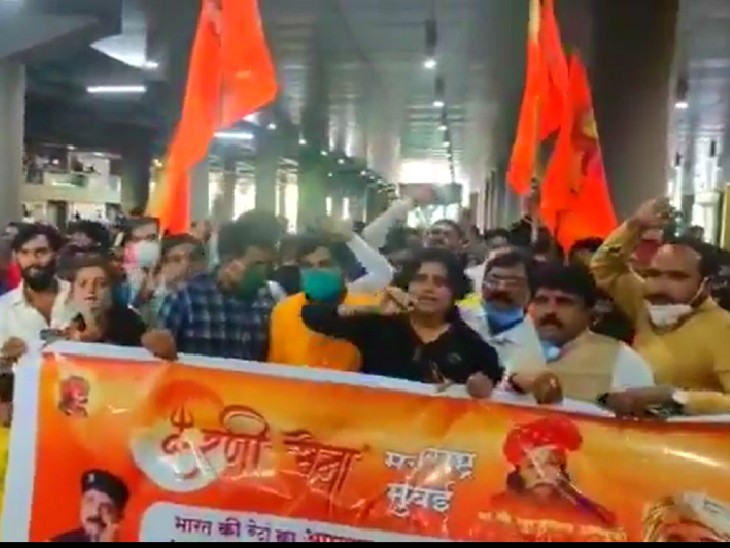 Tight security arrangements were made at the airport before Kangana reached Mumbai. More than 24 personnel of Mumbai Police, Field Marshals, CISF and Mumbai Police were deployed under his protection.

BMC breaks illegal construction at Kangana’s office in Mumbai
On Wednesday morning, BMC opened a bulldozer at Kangana’s office over illegal construction. The operation started at 10.30 am and lasted till 12.40 pm. During this operation, the balcony and the inside construction from the exterior of the office have been badly broken. During this time, some people living nearby also opposed this sabotage. However, the Bombay High Court has stayed the action of BMC until further orders. The next hearing in the case will be at 3 pm on Thursday.

Sharad Pawar said – This action was non-urgent
Meanwhile, NCP chief Sharad Pawar called the action wrong. He said that there are more illegal constructions in Mumbai and this action is not necessary. It remains to be seen why BMC took this decision. This action has given Kangana a chance to speak. BJP leader Ashish Shelar has called it an action taken in retaliation.