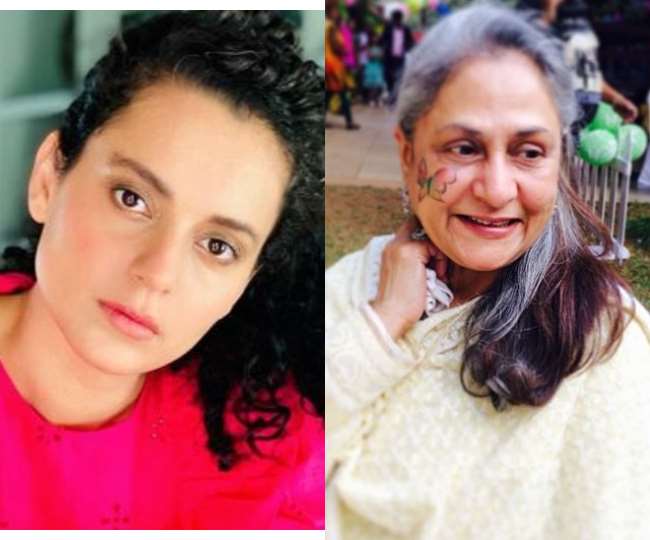 New Delhi Bollywood actor Sushant Singh Rajput case, since the drug angle has surfaced, this case has reached a different point. At the same time, after the death of Sushant Singh, Actress Kangana Ranaut has been seen to keep her talk on many issues like nepotism, bullying and drugs continuously going on in the industry. At the same time, its voice has reached the Rajya Sabha. Actress and Samajwadi Party’s Rajya Sabha MP Jaya Bachchan and BJP MP Ravi Kishan raised the issue of drugs in Bollywood. On this, Jaya Bachchan said that those who earned their name and money with the help of the film industry are calling it a gutter. On this, Kangana Ranaut also retorted and responded to Jaya by tweeting her. At the same time, some celebs have given their reviews in this whole matter.

First, let us tell you what Jaya Bachchan said in Rajya Sabha. SP MP Jaya Bachchan said, ‘Mayanagri employs 5 lakh people every day. Now, when the economic situation of our country is not good, some people are taking advantage of this and using it to divert attention from things. People who gave this industry a name, today they are calling it a gutter. I do not agree with this at all. My government is requested to tell people like these not to use the language of this poison. ‘

After this statement of Jaya Bachchan, Kangana Ranot also responded by tweeting her. Kangana wrote, ‘Jaya ji, what would you have said the same time when I would have had your daughter Shweta Bachchan and she would have been beaten up in the teenage, given drugs and exploited. Would you have said the same thing when your son Abhishek Bachchan was seen talking about bullying and exploitation and hanging from hanging one day? Show us some sympathy too.

After this, he tweeted another. In this, he shared a speech video of Jaya Bachchan and wrote, ‘I send respectful greetings to Jaya Ji. See those who don’t know. This is how the spine looks. ‘

Actress Taapsee Pannu has also given her response on this issue. Supporting Jaya Bachchan, she wrote, ‘Let us always stand for initiative, cause and awareness campaign. Today it’s time to pay back. Today again a woman stood in the interest of the industry. Respect. ‘