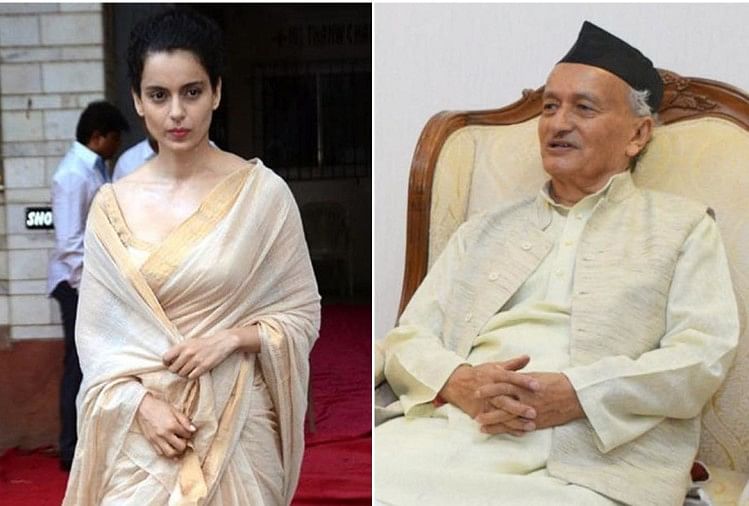 Mumbai Kangana Ranaut, who lashed out at the Shiv Sena after vandalizing her office, is meeting Governor Bhagat Singh Koshyari today. Conflict between Kangana and Shiv Sena has continued ever since comparing Sushant Singh Rajput (Mumbai) to Ghulam Kashmir in the investigation of Sushant Singh Rajput.

In this case, Governor Bhagat Singh Koshyari has already expressed his displeasure over the matter. He had also summoned Chief Advisor of Chief Minister Uddhav Thackeray Ajoy Mehta in this matter. According to the information being received, the Governor is going to prepare a report on this entire dispute and send it to the Center.

Kangana has been continuously opening front against Shiv Sena. Earlier, angry at the sabotage in her office, Kangana had targeted Congress President Sonia Gandhi. Kangana wrote on Twitter, Respected Congress President Sonia Gandhi, did you not feel hurt by your government’s treatment of me in Maharashtra as a woman? You grew up in the West. You live in India. You will be aware of the struggle of women. History will judge your silence and neglect. Your own government is oppressing women and making fun of law and order. I hope you will interfere.

Dawood’s house does not break: Fadnavis

Former Maharashtra Chief Minister Devendra Fadnavis blamed the Shiv Sena for taming the Kangana case. He said the Maharashtra government feels that their fight is not from Corona but from Kangana. You broke his office Now which Shiv Sena leader’s house is illegal, this thing is coming out.