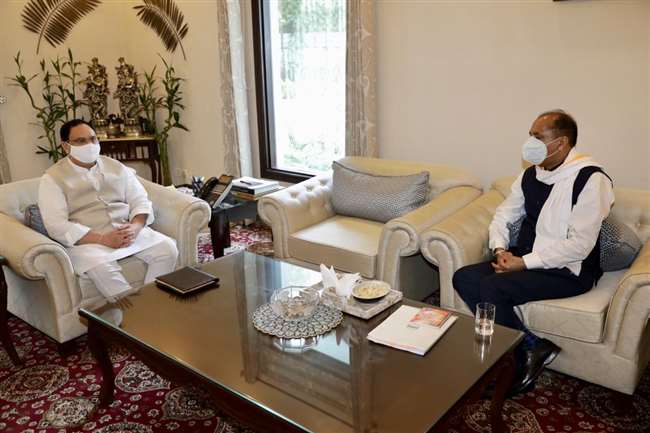 Jayaram narrates to Nadda the state’s hall, an hour-long meeting in Delhi; The doors of corporations and boards can open

According to close sources, the future of the minister, discussed after the purchase of land.  Consent has been sought from the national president for making early appointments in public undertakings i.e. corporations and boards. According to experts, one of the many objectives of the Chief Minister’s visit to Delhi was that the things coming up in relation to the said minister should be conveyed to the high command.

Although no one is ready to speak officially, it is believed that the Chief Minister can also take a strong step. Some people are also talking about changing the department of the said minister, but the Chief Minister has already given a big signal by changing the department recently. It was decided in the meeting that Panchayati Raj should be fielded with utmost seriousness.

Many posts are vacant in corporations-boards

The post of chairman in the state pollution control board is running vacant. Appointment to be made in the State Tourism Development Corporation. In addition, there are a dozen corporations and boards where political appointments are to be made. It is believed that BJP’s former state president Satpal Satti can be appointed by giving cabinet rank. Many leaders, including Randhir Sharma, can get appointments.