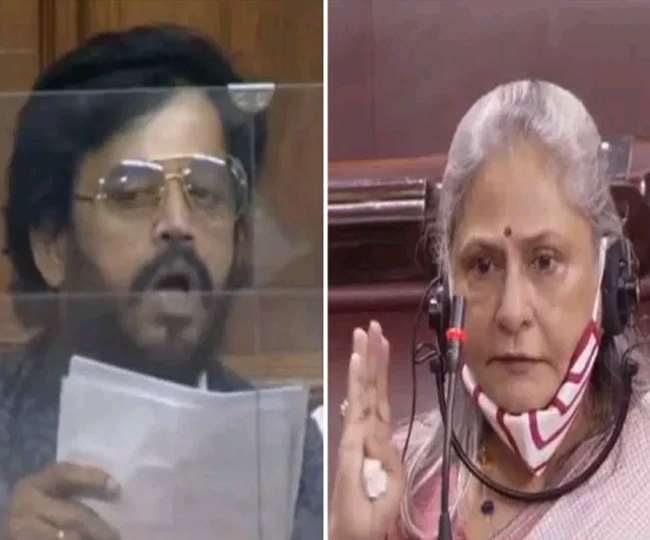 New Delhi, ANI. Samajwadi Party MP Jaya Bachchan in the Rajya Sabha attacked BJP MP Ravi Kishan on Bollywood. Without naming Ravi Kishan, he said that people make holes in the plate they eat. He alleged that people in the entertainment industry are being harassed through social media. In response to this, the BJP MP said that my party is BJP, our ideology is to clean the dirt from the country.

The Samajwadi Party MP’s statement came in the Rajya Sabha during the Zero Hour. He said that the entire industry cannot be called bad because of some people. I was very embarrassed that one of our MPs in the Lok Sabha yesterday spoke against the film industry, who are themselves from the industry. It is a shame, ‘holes in the plate you eat.’ Wrong thing, the industry needs government support.

Jaya Bachchan alleged that people in the entertainment industry are being harassed through social media. Those who have made their name in the film industry called it Gutter, I completely disagree with it. I hope that the government should tell these people who earned their name and fame to stop using such language.

Responding to the allegation of MP Jaya Bachchan, Ravi Kishan said that as much as the film industry belongs to him (Jaya Bachchan), I also have the right to this industry, I will not let the industry become hollow even if I lose my life.

The BJP MP said that I did not expect this from Jaya ji. I felt that Jaya ji would support my person yesterday, she did not listen to me here. His party is different, his ideology is different.