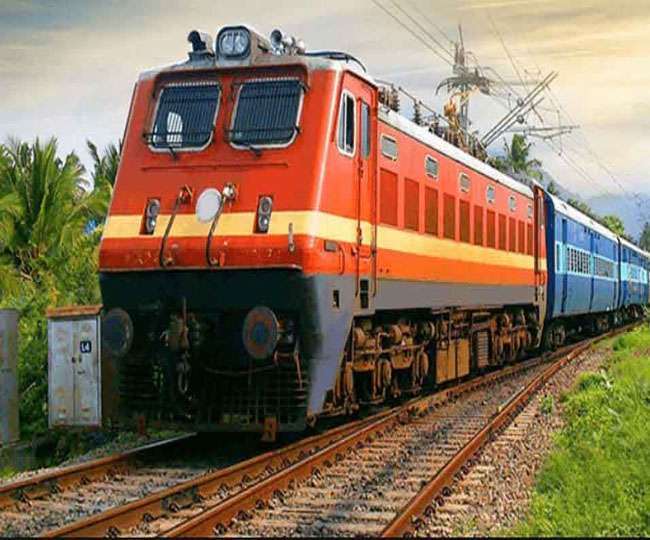 India-Nepal Train: India will gift Nepal to Nepal amid border dispute, rail service will start between the two countries

Kathmandu, ANI. Today India is going to give a deal to Nepal amidst border dispute between India and Nepal. Rail service between India and Nepal is going to start soon. Under this, India is going to deliver two pairs of locomotives and coaches to Nepal today. The train will go from Jayanagar in Bihar to Kurtha in Nepal. Two sets of railways, including engines and coaches, will be handed over to Nepal on Friday to revive the railway connection between Jayanagar in Bihar, Nepal and Kurtha in Nepal Janakpur today. Please tell that on this route goods trains will also run along with passenger trains.

Director General of Railway Department Balaram Mishra said that the set will be delivered to Nepal by the Konkan Railway of India at noon on 18 September. Balaram Mishra told news agency ANI that it reached Jaynagar in India last evening. It will go to Kurtha in Janakpur, Nepal. He said that till now we have not faced any technical or other issues.

The officer further said that Nepalese Railway officials reached Janakpur on Thursday. The new set of railways purchased from the Konkan Company of India is expected to dock at Janakpur sub-station around 3 pm on Friday. As the rail is scheduled to arrive at its destination in Nepal, security at various points through which the journey will be carried out.

Mishra further said, today we will only hand over the rail sets. There are no other formal or any kind of programs, but officials of the Konkan Railway will also arrive today. The company’s technical team is running the rail to take it to Nepal. Nepal’s railway department has procured rail locomotives and coaches from Konkan Railway for 84,65,000. It will reach Janakpur on Friday and then begin its journey back to Jayanagar, India.

The Government of Nepal has recently announced a new map of Nepal. In this map Limpiyadhura, Lipulekh and Kalapani, which are part of India, have been described as the territory of Nepal. Not only this, Nepal is now going to mark this disputed map on its coins also. The Ministry of Education of neighboring Nepal has released a book related to the borders. Which has been unveiled by Giriraj Mani Pokharel, Minister of Education, Science and Technology.