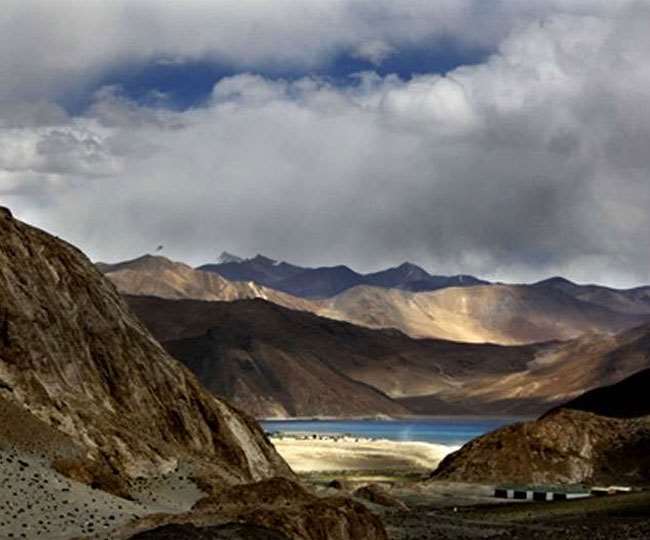 New Delhi, IANS. India dominates south of Pangong Lake, located near the Line of Actual Control in eastern Ladakh, so China, which is no longer desirous of its handiwork, has started construction in the Finger area to the north of the lake. Sources gave this information on Wednesday. The Chinese activity came to light immediately after the skirmish on the south coast on 7 September. According to sources, the number of personnel of the People’s Liberation Army has been increased from Tuesday evening. They are bringing more equipment with them. There is a very short distance between the troops on both sides.

Lake is in disputed border area

Pangong Lake or Pangong Tso is located in the disputed area of ​​the Indo-China border in Ladakh. It is at an altitude of 4350 meters and extends 134 kilometres from Ladakh to Tibet. An area of ​​45 km of this lake is located in India, while 90 km area falls in China.

India’s troops now sit on high peaks on the southern shore of Pangong Lake, while China’s army is in the low-lying areas. The land around the southern shore is flatter and wider than the northern shore of Pangong Lake and this route also makes the Indian Army easy access to Ladakh and Chushul valley. The height of the mountains through which this route passes is up to 16 thousand feet and now the soldiers of India are present at the height of these mountains.

Finger areas north of the lake are from Finger 1 to Finger-8. India believes that its territory is up to Finger-8. The area of ​​Finger-4 has already been under the control of India, but in May, Chinese soldiers came to Finger-4 and built many structures from there to Finger-8. The Indian Army is also standing face to face with the Chinese soldiers on Finger-4 (India-China Border Issue Latest News). Until two days ago, this finger area was the biggest point of deadlock. After several rounds of military and diplomatic level talks, Chinese troops withdrew from the Finger-4 area in the first week of July, but they are still present at its peak.