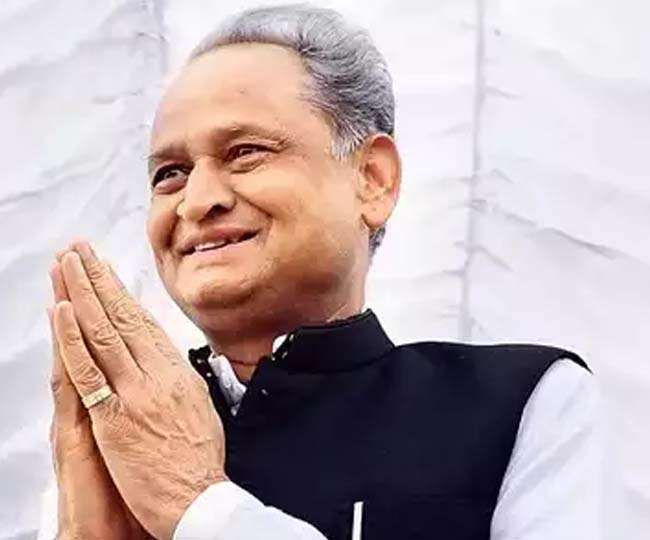 Jaipur: The assembly session has started today after months of an ongoing tussle in Rajasthan. Congress has passed the vote of confidence in the assembly today. Meanwhile, during the Assembly session, Sachin Pilot said that my seat in the House has been changed. Meanwhile, the motion of confidence was debated in the House. During this debate, the BJP and Congress created a ruckus. During the debate, Congress said that BJP’s efforts to topple the government had been thwarted. The proposal is currently being debated in the House.

CBI and Income Tax Department are being misused

Speaking in the Legislative Assembly, CM Ashok Gehlot asked whether agencies like Enforcement Directorate (ED), CBI and Income Tax Department are not being misused in the country? When you have a telephone conversation, you do not ask the other person to connect on FaceTime and WhatsApp. Is this a good thing in a democracy?

Why my seat was changed in the House – Sachin Pilot

Debate on the motion of confidence

Dhariwal made serious allegations against BJP

Shanti Dhariwal said that you will be asked to apologize. While pointing at the MLA’s purchase horse, Dhariwal said that Poonia saheb, Rathore sahib, do not quarrel with each other, otherwise, the whole matter will be exposed. Dhariwal took the name of Amit Shah in this episode, Gulabchand Kataria and Rajendra Rathore objected.

Shanti Dhariwal said, efforts to topple central government did not succeed in Rajasthan, reminded BJP, BJP’s dream of becoming chief minister, eating thousands of acres of land in Ethiopia by eating Sanjeevani Booti The owners are dreaming of becoming the Chief Minister, Chhota Bhai and Mota Bhai have increased the minimum sports price of the MLAs, there has been an attempt to topple the government by horse trading. ‘Modis operandi’ has now replaced Modis operandi.

Dhariwal lashed out at BJP

During the debate on the motion of confidence in the House, Shanti Dhariwal narrated the story of the dumb palace in the House. The corrupt will stay with the corrupt. He said that what MLAs the BJP had sent for Rasleela in Gujarat. Our solidarity seems to be constrained by them. Rathore Saheb was saying that open the fence, Operation Lotus failed. Shanti Dhariwal said that thanks to former Assembly Speaker Kailash Meghwal who publicly opposed the BJP’s attempt to procure.

What did Rajendra Rathore said during the debate?

During the debate on the trust vote in the Assembly, Deputy Leader of Opposition Rajendra Rathore said that the IPS officers were seen to be recreating the minds of MLAs, agencies like SOG, ATS, ACB were heavily abused. Telephone tapes were done incorrectly, the role of DGP was also not correct. He said that by whose signatures the Congress MLA took the ticket, what are they feeling today? For six-and-a-half years, the word negation has been hidden, the Elephant Trading Government is talking about horse trading.

Congress : motion of confidence in the house

Congress has given notice for the trust vote