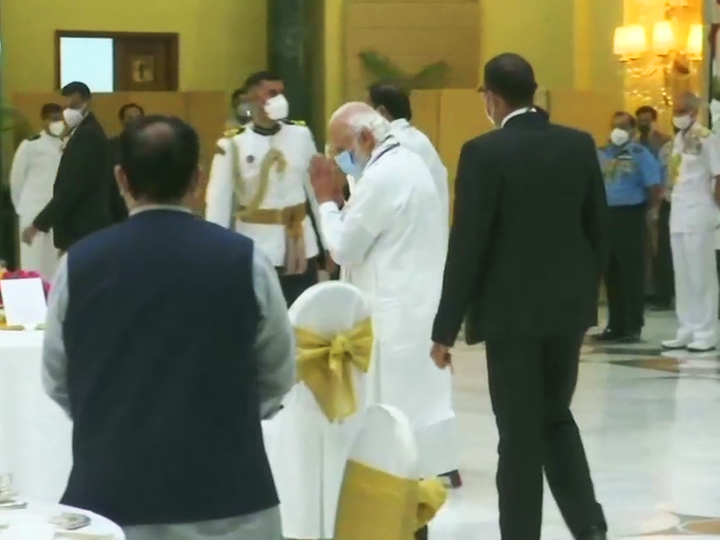 Home Program at Rashtrapati Bhavan: Modi, Rajnath, Venkaiah Naidu and Om Birla arrive; Invitation to less than 100 people this time due to corona

Like every year the Ate Home program has started at Rashtrapati Bhavan on Independence Day. Prime Minister Narendra Modi, Defense Minister Rajnath Singh, Lok Sabha Speaker Om Birla and Vice President Venkaiah Naidu have reached the program. According to news agency IANS, less than 100 guests have been invited this time. These include some cabinet ministers, people associated with the judiciary, bureaucrats, diplomats and some media persons

This time the guest list has been shortened because of Corona. VIPs coming to Rashtrapati Bhavan will not be able to bring their family with them. Buffets are also not kept. According to the news agency, no freedom fighter has been invited this time. In view of VIP’s safety, the seating of 4 people has been arranged at a table.

According to sources of the news agency, this time the program will be done in a normal way as compared to previous years. Earlier the guest list used to reach 1,500. It is being told that Home Minister Amit Shah will not attend the At Home program. However, his Corona report came negative on Friday.