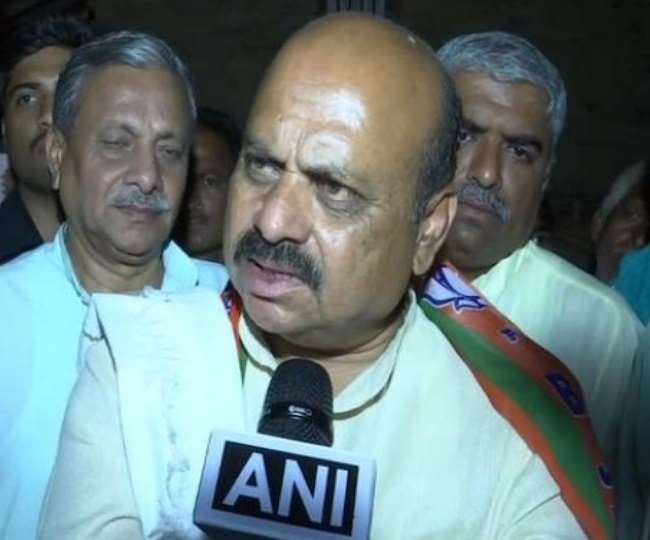 Home Minister of Karnataka Basavaraj Bommai, including two more ministers infected with Corona, many other leaders also in the grip

However, Bommai also stated that he does not have signs of infection, yet he is living in isolation as a precaution. On Tuesday, Food and Supplies Minister Gopaliah had tweeted that his corona investigation report also came positive. He said, “I am being admitted to the hospital on the advice of doctors.” He also said that he has no signs of infection. Bommai and Gopalaiah requested the people in contact with them to conduct a corona investigation.

Other Ministers infected with Corona in the state include Forest Minister Anand Singh, Tourism Minister CT Ravi and Agriculture Minister BC Patil. On the other hand, several MPs including former Prime Minister Dr. Manmohan Singh and former Finance Minister P. Chidambaram have sought permission to be absent from the monsoon session of Parliament due to health reasons. Already, Rajya Sabha Chairman M. Venkaiah Naidu has suggested that older senators take leave.

Apart from Manmohan Singh and Chidambaram, Oscar Fernandes, Navneet Krishnan, Narendra Jadhav and Sushil Gupta have also sought permission to remain absent from the proceedings of the Rajya Sabha. It is known that 17 MPs including BJP MP Meenakshi Lekhi, Anant Kumar Hegde and Pravesh Verma are infected with Corona. At least 12 Lok Sabha MPs from BJP alone have been found to be Corona positive. Apart from this, two members of the YSR Congress, DMK and Shiv Sena MP each are infected.