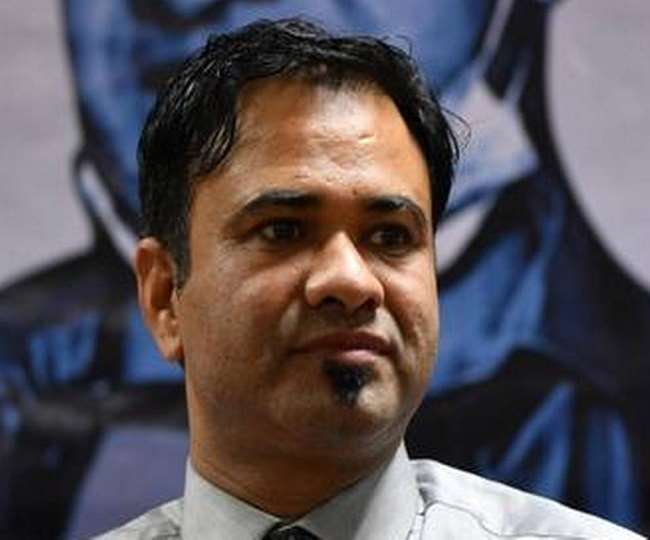 Prayagraj, J.N.N. Dr. Kafeel Khan, who came into the limelight after the death of children two years ago at Baba Raghav Das (BRD) Medical College in Gorakhpur, is now in the news. In Aligarh Muslim University, Aligarh, the Allahabad High Court has declared action against the CAA, NRC and NPA against them under the NSA. Along with this, Dr. Kafeel Khan, who has been in jail for nearly six months, has also been directed to release him immediately. It is believed that Dr. Kafeel may be released by Tuesday evening.

The order was given by a division bench of Chief Justice Govind Mathur and Justice Soumitra Dayal Singh on the habeas corpus petition of Nuzhat Parveen. The High Court while granting the order said that it is illegal under the NSA to take Dr Kafeel into custody and extend the period of detention thereafter. Kafeel Khan should be released immediately. The DM of Aligarh had imposed rasuka on Dr. Kafeel on charges of spreading hatred in Aligarh, and has been in jail since then. Kafeel’s mother appealed in the Allahabad High Court against this action.

The Allahabad High Court termed the case of arresting Dr Kafeel Khan under the NSA and for extending his term continuously. The Allahabad High Court has ordered the release of Dr. Kafeel Khan immediately. The spokesperson of BRD Medical College, Gorakhpur and pediatrician Dr Kafeel Khan was arrested by the police on 13 December 2019 at Aligarh Muslim University for making inflammatory speeches during protests against CAA, NRC and NPA. The court termed unlawful detention of Dr. Kafeel under Rasuka and extending the period of detention.

On 13 February 2020, Kafeel was raped in Aligarh. After this, his detention period was recently extended. During this time his custody was recently extended for three months. After this, Dr. Kafeel had sought to serve Kovid-19 patients with an appeal to release a letter to PM Modi from jail, he also sent a roadmap for the government. He is in jail in Mathura for almost six months. Kafeel Khan was arrested and sent to jail on 29 January 2020 in a case lodged at Gulharia police station in Gorakhpur. Rasuka was served while in jail.

Dr. Kafeel gave a provocative speech at AMU regarding the Citizenship Amendment Act (CAA). On 13 February 2020, the District Magistrate Aligarh ordered Dr. Kafeel Khan to be detained at Rasuka to make inflammatory statements. This period was extended twice. However, Kafeel Khan was arrested and sent to jail on January 29, 2020, in a case registered at Gulharia police station in Gorakhpur. Rasuka is served while in jail. Please tell that on the instructions of the Supreme Court, the Allahabad High Court has heard this case. On August 11, the Supreme Court had asked the Allahabad High Court to take a decision in 15 days on the petition of Dr. Kafeel Khan’s mother. Only then, on Tuesday, the High Court has ordered the release of Dr. Kafeel.