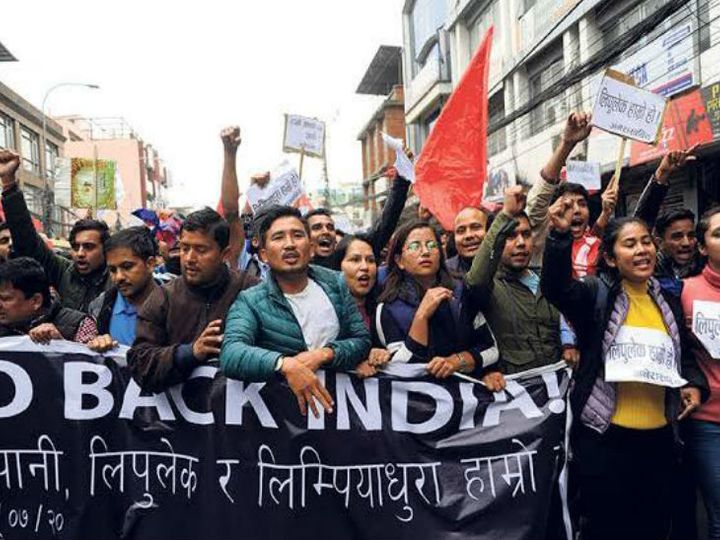 China’s conspiracy against India: Nepali organizations get 2.5 crores for demonstrating against India, asked to raise voice on Indo-border dispute

There is 1700 km border between India and Nepal. India has built a road from Lipulekh to Dharchula. It was inaugurated by Defense Minister Rajnath Singh through video conferencing on 8 May. After this, Nepal released a new map and presented its claim to three areas of India, Lipulekh, Kalapani and Limpiyadhura. There is a border dispute between these two countries regarding these three areas.

China has given 12.7 lakh Nepali rupees to a Kathmandu NGO for a study on Gorkha youth. China wants to find out why the youth of the Gorkha community is eager to join the Indian Army. Nepali NGO China Study Center (CSC) was funded by the Chinese Ambassador to Nepal Hou Yankee in the first week of June. They have been asked to study a number of things, such as areas of Nepal where these recruitments take place and their social and economic impact, including topics such as Nepalis joining the Indian Army.

China is also provoking the Myanmar rebels by giving them weapons against India. By doing this, it wants to spread unrest in the North-Eastern states. The Amsterdam-based think tank European Foundation for South Asian Studies (EFSAS) of the Netherlands made this claim in its report released last month. It said that in July, a large stock of Chinese weapons was caught in the Mei Tao area near Thailand’s border in Myanmar. The investigation found that these weapons were sent to militant organizations in the Northeast of India.