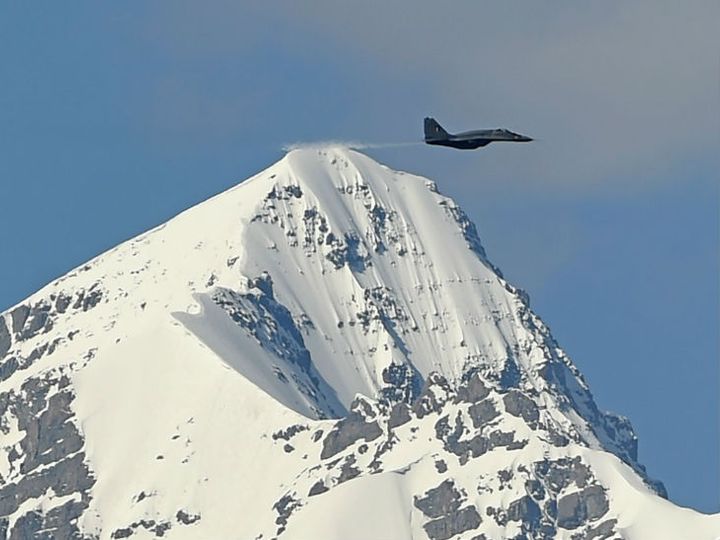 China is not coming back: After 75 days tension in Ladakh again: One day before India thwarted Chinese army incursion; China also deployed fighter planes near the border

The Ministry of Defense also said that the Indian Army stopped the Chinese troops on the southern shore of Pangong Soo Lake. India also said that our military is committed to peace through dialogue, but we know how to protect our borders. Brigade Commander Level is also in talks in Chushul to resolve this issue. On 15 June, there was a violent clash between the soldiers of China and India in Galvan of Ladakh, in which 20 of our soldiers were killed. 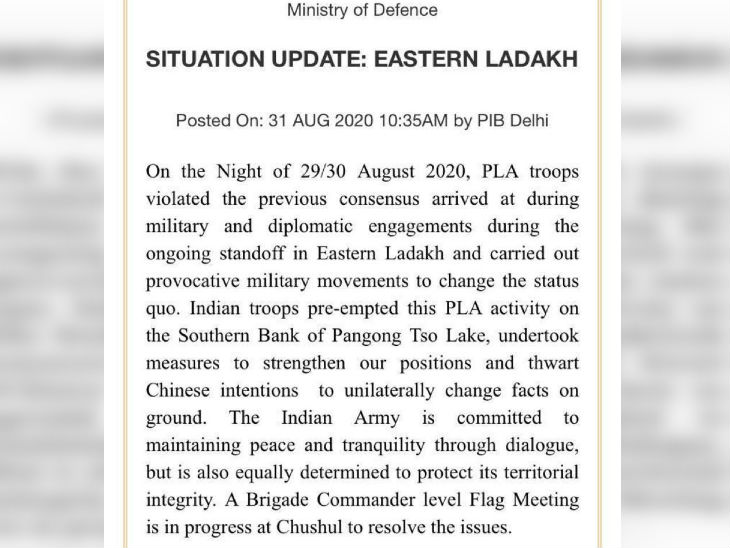 Quoting government officials, the news agency said that China’s People’s Liberation Army Air Force (PLAF) has deployed J-20 fighter planes at Hotan airbase. These fighters were deployed before the incident occurred on the intervening night of 29-30 August. Hotan Airbase is close to Ladakh. China has done this deployment as part of the strategy. Fighter aircraft are still flying. On September 10, all five of India’s Rafale will be inducted into the Air Force.

No solution after the conversation
After the Galvan clash, two meetings have been held between the army officers of India and China to withdraw troops from disputed areas in Ladakh. These meetings were held on 30 June and 8 August in Moldo in the Chinese region but did not yield any significant results.

CDS Rawat said – If China does not agree then the military option is ready
The Chief of Defense Staff (CDS) General Bipin Rawat recently made a big statement on the India-China border dispute. Rawat had said, “If the dispute is not resolved by talks with China, then the military option is also open.” However, efforts are being made to find a solution peacefully. The Army has been asked to prevent encroachments around the Line of Actual Control (LAC) in Ladakh and to monitor such attempts.