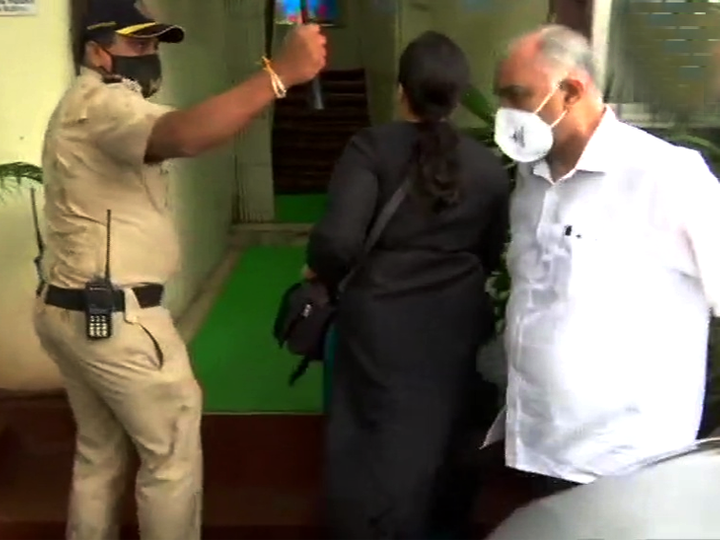 CBI arrived in Mumbai to investigate Sushant Singh Rajput’s death, is in action today. A team from the investigating agency stopped some hours at the office of Bandra DCP Abhishek Trimukhe and collected some documents from there. Bandra then left for the police station. Earlier, the CBI took Sushant’s cook Neeraj into custody for questioning. At the guest house in which the CBI officer has stayed, a team of the investigating agency Neeraj is being questioned. Neeraj had given him juice before Sushant’s death.

The CBI will also visit Sushant’s flat and investigate. Earlier on Thursday, when the media questioned Riya Chakraborty’s arrest, the CBI officers went ahead without saying anything. Riya and her family will be questioned, but it is not clear whether the questions and answers will be available today.

Updates:
Sushant’s sister Priyanka has also been questioned by Enforcement Directorate (ED) officials investigating the money laundering in the Sushant case. Priyanka is the nominee in Sushant’s bank account.

How is CBI investigating?

First team: will be responsible for collecting all documents such as case diary, photographs of crime scenes, autopsy report, forensic report of Mumbai Police and copy of witnesses statement.

Second team: Riya Chakraborty and the people associated with his family, Sushant’s former manager, will inquire the people working at his house. On the day of Sushant’s death, the statements of all those present on the spot will be recorded again.

Third team: will check with the angle of professional rivalry. He will also question Bollywood’s famous people and doctors who do post mortem of Sushant’s body. The task of re-creating the scene of the crime has also been given to this team.

The CBI investigation will be based on the FIR of Bihar Police. A case was registered in that FIR under sections of abetment to suicide, cheating and conspiracy.

CBI will investigate based on these 6 points

1. Is Sushant Singh Rajput’s death a suicide or a murder? What was the reason?
2. Did Riya, her family, people associated with Bollywood and those working at Sushant’s house play any role in Sushant’s death?
3. Investigating money transactions, earnings and allegations made by Sushant’s father.
4. Sushant’s illness, the theory of depression and the claims of doctors will be investigated. Sushant’s father has also doubted the doctors.
5. To find out the truth of postmortem report and match it with forensic report.
6. Investigation of call details and electronic evidence will be tried to get to the bottom of this case.