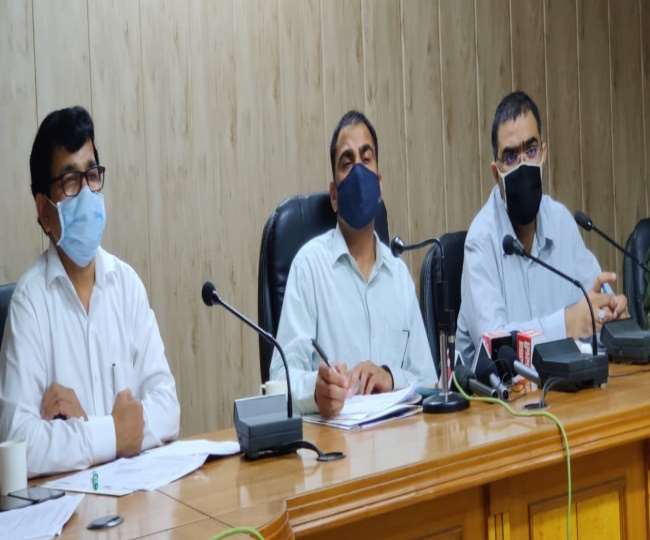 Baroda by-election: Administration’s eye on political parties gathering, action will be taken if rules are broken

Sonipat, Jagran correspondent. For the past one week, the administration has taken a tough stand on the case of the ever increasing corona infection. Deputy Commissioner Shyamlal Poonia has given instructions to break the rules of physical distance and strictly on those who exit the mask. Talking to journalists, he admitted that in Baroda by-election, the rules of defense of Corona are broken in the meetings and meetings of politicians there.

This is the reason why cases of corona infection have been increasing rapidly in Gohana sub-division also for the last few days. For this, politicians coming to the Baroda assembly constituency of the subdivision have been instructed to apply physical distance rules and masks. Also, no one has been asked to do all without permission.

The Deputy Commissioner said that a letter had already been written to Gohana’s SDM and ASP in this regard and instructed him to verbally monitor Baroda and take action if Corona’s defense rules were broken there. He said that if a crowd gathers in any event and any carelessness is used in it, action will be taken against the organizer concerned. He has given special instructions to keep an eye on the events to be held there.

Baroda assembly seat in Sonipat district is vacant after the death of Congress MLA Shri Krishna Hooda. Political activities are intensifying regarding the by-elections in this seat. All parties are trying to woo voters.

1124 active cases of Corona in Sonipat

In Sonipat, the speed of the corona is increasing instead of stopping. The ever-increasing infection has added to the administration’s concern. On Sunday, the infection was confirmed in 170 people in the district, while 89 patients returned home after winning the battle from Corona in Kovid hospitals. The number of new cases has increased to 5356. Of these 4190 patients have recovered so far, while 42 have died. At present, there are 1124 active cases in the district.