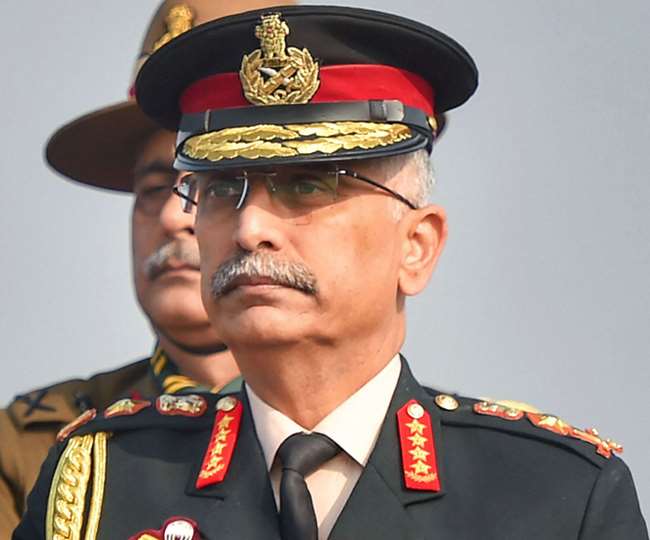 Army Chief arrives in Ladakh amidst Indo-China tension, will check preparations on the front

New Delhi, ANI. Army Chief General Manoj Mukund Naravane has arrived on a two-day Ladakh tour amid the ongoing tension with China (India China Tension) on the Line of Actual Control (LAC) in eastern Ladakh. Here, he will take stock of the preparations on the front from field commanders. During his two-day visit, the army chief will also review the preparations of the soldiers who have been holding a front against the Chinese troops for the last three months.

The latest confrontation between Chinese and Indian troops on the southern side of Pangong Lake in eastern Ladakh has increased tension. There has been continuous brigade commander level talks between the two countries to reduce the deadlock. However, no result of this conversation could be reached.

During the two day visit, the Army Chief will also review the operational preparedness of the troops who are locked in a stand off with Chinese troops for over three months now.

Let us tell that on the night of 29-30 August, Chinese troops tried to infiltrate the southern shore of Pangong Lake, which was thwarted by the Indian Army. Due to such antics of China, the Indian Army has increased the deployment of troops in many high peaks of strategic importance around Pangong Lake and across the region. The Indian Air Force has also been asked to increase vigil on LAC in eastern Ladakh to monitor China’s growing activities.

Recently during the amid tensions from China, Union Defense Minister Rajnath Singh and Army Chief General Manoj Mukund Narwane had visited Leh along the Line of Actual Control to review the security situation in East Ladakh. The Defense Minister had reviewed the confrontation and military deployment of the LAC with local military commanders during the visit to Ladakh.