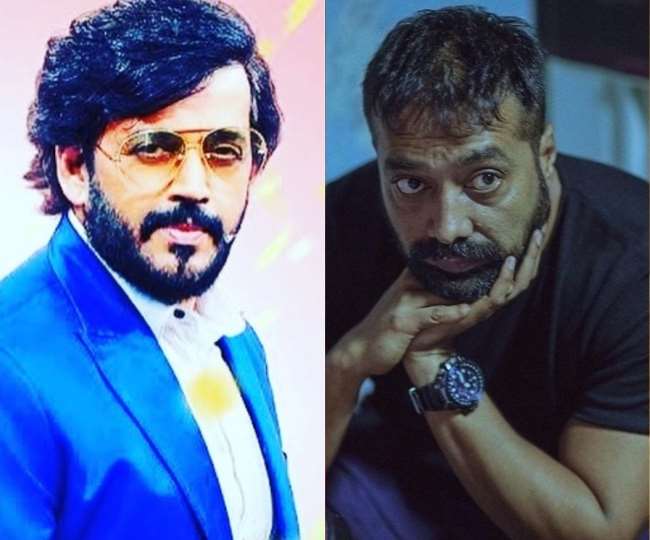 New Delhi, JNN.L film director Anurag Kashyap has accused film director and MP Ravi Kishan that he used to take drugs too. He further said that he does not agree with Ravi’s statement in Parliament. Ravi Kishan recently spoke in Parliament about the problem of drug abuse in Bollywood. Filmmaker Anurag Kashyap says he has a problem with actor and MP Ravi Kishan’s recent statement about the ‘drug abuse problem’.

Anurag says that Ravi himself was intoxicated but he would not judge him for this. Earlier this week, Ravi praised the Narcotics Control Bureau (NCB) for the investigation into Sushant Singh Rajput’s death and the arrest of several persons in the drugs case. Ravi said, ‘We know that drug trafficking and drug addiction are increasing. Our neighbors are involved in this conspiracy… Drugs enter this country through China and Pakistan. Ravi Kishan further said that our film industry is also affected by this.

Ravi had said, “The government should stop the conspiracy of neighbouring countries to destroy our younger generation.” Anurag talked to a journalist about how Ravi’s stand bothered him. He said, ‘Ravi Kishan acted in my last film Mukkabaaz. Ravi Kishan starts his day by saying Jai Shiv Shankar, Jai Bum Bhole, Jai Shiv Shambhu. Ravi has used Weed for a long time. This is life Everyone knows this. The whole world knows. There is not a single person who does not know that Ravi Kishan does not take drugs. He must have left now because he has become a minister, he may have left. ‘

Anurag goes on to say, “But do you include it in drugs?” No, I am not judging Ravi, as I have ever seen Weed as a medicine. He used to drink Weed but he has always done his job well, it did not make him useless, did not make him a monster. He did not do anything that people associate with drugs. Now when he talks about it and takes a one-sided side, I have a problem with it. ‘

In the interview, Anurag also talked about his own struggle for tough chemical drugs between 2006-2008. Anurag said that there was a time when he was depressed after his film Black Friday was banned and his marriage to Aarti Bajaj ended. He said he used to take drugs and felt ashamed while using them.