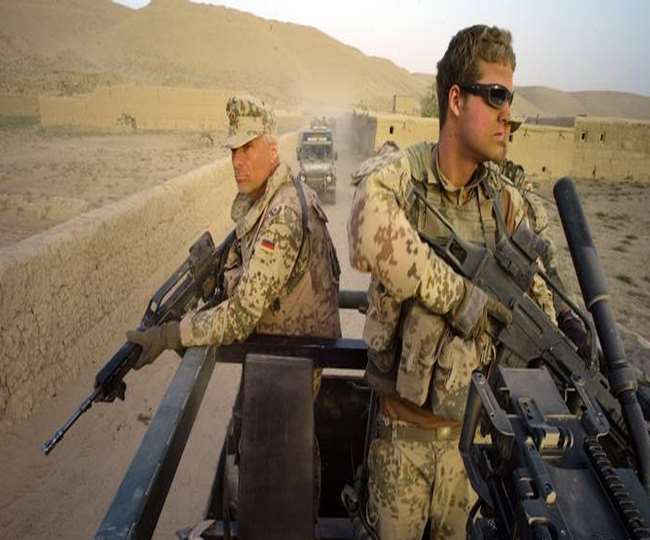 Doha (Reuters). The Afghan government and the Taliban are scheduled to hold an important meeting in Qatar on Saturday in view of the establishment of peace in Afghanistan. Authorities in Qatar have confirmed this. Afghanistan officials hope that this important dialogue will end the 19-year-old violence in the country. The Afghan government representatives have also expressed hope that these talks will prove to be an important milestone in bringing peace to the country.

US Secretary of State Mike Pompeo has also arrived to attend this meeting. He has said that this dialogue is a historic occasion to end the four decades of war in Afghanistan, which should not be lost under any circumstances. Let me tell you that this dialogue has full support from the US and Qatar. Abdullah Abdullah, the head of the National Reconciliation Council (HCNR), has also reached Qatar to attend this meeting. He tweeted that HCNR hopes that after a long wait, the talks will bring lasting peace and stability and end the war.

US President Donald Trump has already announced that he now wants to remove American troops from Afghanistan in an endless war. He described the agreement with the Taliban as his big strategic victory and he is also trying his best to capitalize on this issue in the presidential election. He is constantly saying in his election rallies and meetings that if America is to be strengthened and taken forward, then make him President again. Talking about the Afghan-Taliban dialogue process, it was to be held in March first, but it had to be postponed due to the dispute between the hardcore Taliban fighters and the swapping of Afghan prisoners. However, the matter has now been resolved and the Taliban have released a thousand Afghan soldiers and 5,000 Taliban fighters by the Afghan government.

The talks are taking place at a time when presidential elections are due in the US in November and Trump is insisting on the withdrawal of US troops from Afghanistan. Let me tell you that there was a settlement agreement between the US and Taliban this year in which the Taliban said not to target the American army. The US had more than 12,000 troops in Afghanistan during the pact. Trump wants the withdrawal of 8,000 troops by November. If this happens, they will be able to take advantage of this in the presidential election also. These include six prisoners who were involved in the killing of French and Australian civilians and soldiers. France and Australia were not with the US for the release of these prisoners, but eventually agreed. The peace talks were decided only after these prisoners arrived in Doha.